HEADLINE US policy to isolate Pyongyang doomed to fail: DPRK

US policy to isolate Pyongyang doomed to fail: DPRK 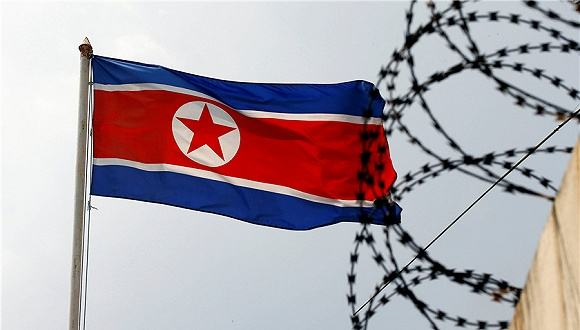 The Democratic People's Republic of Korea (DPRK) Monday said efforts by the United States to isolate it through economic sanctions and military pressure were doomed to fail.

A commentary by the Korean Central News Agency (KCNA) accused Washington of "spitting out" military threats against the DPRK and pressuring other countries to sever their diplomatic, economic and trade ties with Pyongyang.

The KCNA said with the world favoring a peaceful solution to the nuclear issue on the Korean Peninsula, it was high time for the United States to listen to the voice of the international community appealing for peace in the region.

The commentary came as South Korea, the United States and Japan kicked off a two-day maritime exercise to track ballistic missiles, possibly from the DPRK, in waters near the Korean Peninsula and Japan, South Korean media reported Monday.

The joint drill followed the DPRK's test-launch on Nov. 29 of Hwasong-15, which Pyongyang claimed was an intercontinental ballistic missile capable of striking the US mainland.

Ahead of the trilateral missile-tracking drill, the sixth of its kind, the combined air forces of South Korea and the United States had staged their biggest-ever joint air force exercise on the Korean Peninsula. The drill on Dec. 4 mobilized about 230 fighter jets, bombers and other combat planes.

Washington and Seoul annually conduct large-scale military drills to counter the alleged threat of the DPRK's nuclear and missile programs.

As the DPRK's next-door neighbor, China has made it clear it wants a nuclear-free, peaceful Korean Peninsula, and has been making strenuous efforts toward it, including proposing a political solution based on a suspension-for-suspension proposal and a dual-track approach.

The suspension-for-suspension initiative calls for the DPRK to suspend its nuclear and missile activities and for the United States and South Korea to suspend their large-scale war games. The dual-track approach involves parallel efforts to move forward both denuclearization and the establishment of a peaceful mechanism on the Korea Peninsula.