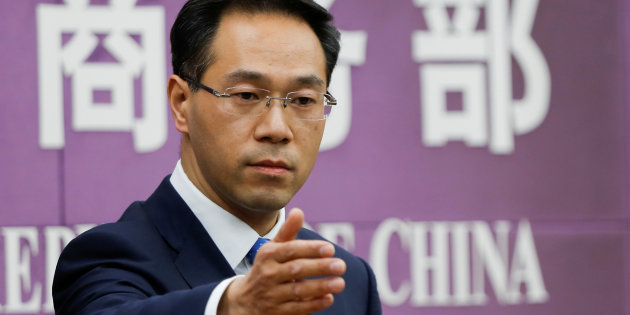 US President Donald Trump said Thursday he is asking the Office of the United States Trade Representative to consider additional tariffs on $100 billion of Chinese goods, based on the Section 301 investigation. His remarks made Chinese Foreign Ministry and Ministry of Commerce reaffirm its stance on a quick response: China doesn't want a trade war, but China is not afraid of such a war. If the US sticks to its unilateral and protectionist acts despite opposition from China and the international community, China will fight to the end of the trade war at any cost by hitting back and taking measures to defend its interests.

The potential tariffs on $100 billion of Chinese goods are seemingly menacing, but in essence a hasty and unreasonable decision. China's quick measures against the recent $50 billion tariffs have intensified the American public's concerns over the economic development and trade environment in the United States. Many believe that Donald Trump’s ratings will be affected in the mid-term elections this year; US elites have also argued that the government's decision-making is too intuitive, not comprehensive and taken without the long-term in view, worrying that the steps are harming domestic interests. Keeping this in mind, it is clear that Donald Trump’s proposals on the new tariffs seem not to have been framed without adequate home work.

The "Paper Tiger" from the US cannot and will not frighten China at all. Beijing will not let Washington act against its legitimate national interests. The US announced on April 3 that the list of Chinese goods to be slapped with tariffs amount to about $50 billion. Trump said on social media that the annual US-China trade deficit has reached $500 billion, and China’s “intellectual property theft” has caused a loss of $300 billion.  The US is known to inflate the size of the trade deficit with unscientific calculation methods to undermine bilateral economic and trade cooperation. The US has pointed to apparent damages to American society as an excuse to exercise trade protection.

Trade war damages US and other countries’ interests, despite Washington claiming it will increase efforts to crack down on Chinese exporters and minimizing the effect on American consumers. This is only an illusion.  The US government is raking up trade disputes in an attempt to appease its society. The US Trade Representative stated that no tariffs will take effect until various processes are completed. Trump's chief economic adviser and other government officials tried to boost public confidence. It is clear Trump’s actions have backfired.

China believes that the new paradigm in international relations is the right way for different nations to get along with one other. Mutual respect, fairness and justice and win-win cooperation are the essence of this paradigm. They also apply to economic and trade relations among countries. China will continue to take the right path, expand the scope of reform and opening up, and safeguard multilateral trading system so as to promote the liberalization and facilitation of global trade investments. Some American elites assume they can do whatever they like, which is in essence a move against the times and can only end up in isolating them.

Author is deputy director of China Institute of International Studies(CIIS)