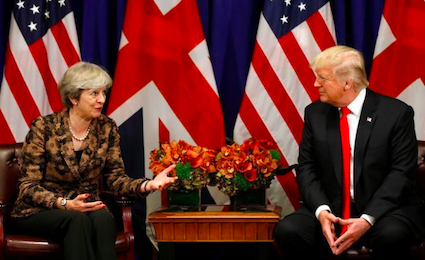 A spokeswoman for Prime Minister Theresa May’s office said officials were still working out the details of a visit by Trump after the Daily Mail, citing a British government source, said that dates in mid-July have been pencilled in.

Britain is keen to reinforce its “special relationship” with the United States as May’s government prepares to leave the European Union, a divorce that will shape the country’s standing in the world, but Trump has yet to visit London.