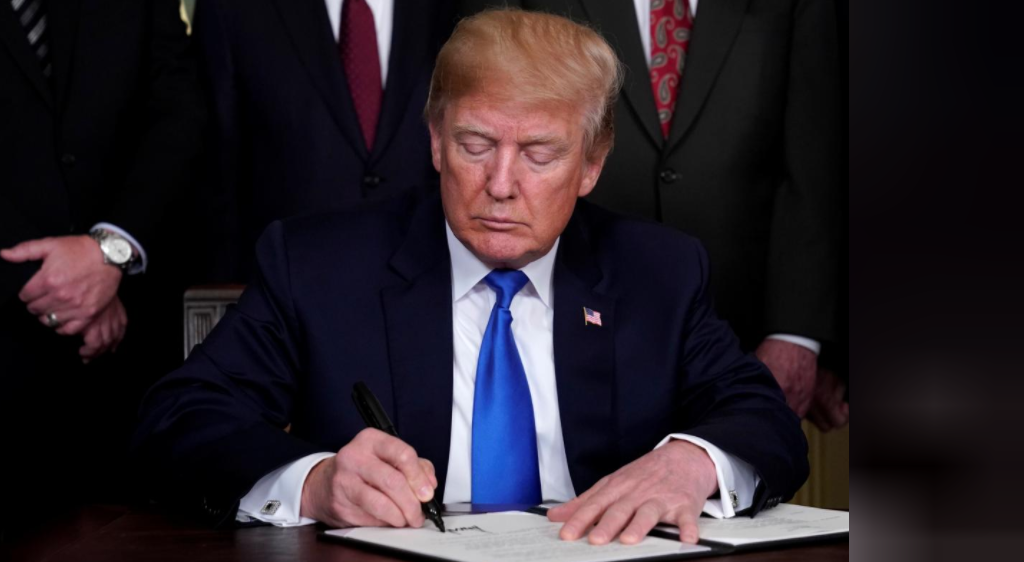 US President Donald Trump sings a memorandum on interntellectual property tarriffs on high-tech goods from China on March 22, 2018. (Photo:Reuters)

Los Angeles (People's Daily) - Throughout the US and China, the 301 Committee investigation is the most discussed topic now between the two nations.

Results from Trump’s 301 committee investigation will be revealed next next week. Sectors that can expect new tariffs include aerospace, robotics, and telecommunications, to name a few.

Such unilateral and protectionist behavior from the US is a severe risk to both free trade and the global economy.

“The 301 investigation was initiated, adjudicated, and executed by the US on its own, with a strong unilateral focus” said Bai Ming, Deputy Director, International Market Research institute, Chinese Academy of Commerce.

Since its inception, the 301 investigation has faced opposition from the global community.

A Senior Fellow at the Peterson Institute for International Economics made the analogy the 301 investigation allowed the US government to act as a policeman investigating foreign governments, a prosecutor, who initiates lawsuits against foreign countries, a jury that reviews evidence, and a judge that hands down a penalty.

"The results of the investigation can be referred to World Trade Organization (WTO) rulings, but sanctions cannot be unilaterally imposed,” said University of International Business and Economics professor Tu Xinquan.

If the US fails to resolve the issues through the WTO, it will be a unilateral act of trade protectionism that violates WTO principles."

Zhu Min, President of the National Finance Research Institute of Tsinghua University said that while the US was once a major source of international trade regulations, its current behavior is “sabotaging” global trade efforts.

Zhu said the US would not only harm China’s trade and finance markets but also the world’s.

When it comes to WTO agreements, the US investigation should be based on WTO rules, and the decisions reached by disputing parties.

This latest action is a violation of the US government’s "clear, formal, renewed and unconditional" commitment to the European Union.

In today’s global environment, interaction and shared prosperity have become the consensus as further development is the goal.

With that in mind, this US unilateral behavior in failing to adhere to worldwide common goals is out of place.

“The US’ unilateral measures have harmed China’s financial interests and will create problems with trade with many countries,” said Zhang Xiangchen.

Zhang added that all nations need to work together so the 301 investigation could never be used again and put it “back into the cage of WTO rules.”