HEADLINE US Q4 growth revised up to 2.9%; consumer spending surges

US Q4 growth revised up to 2.9%; consumer spending surges 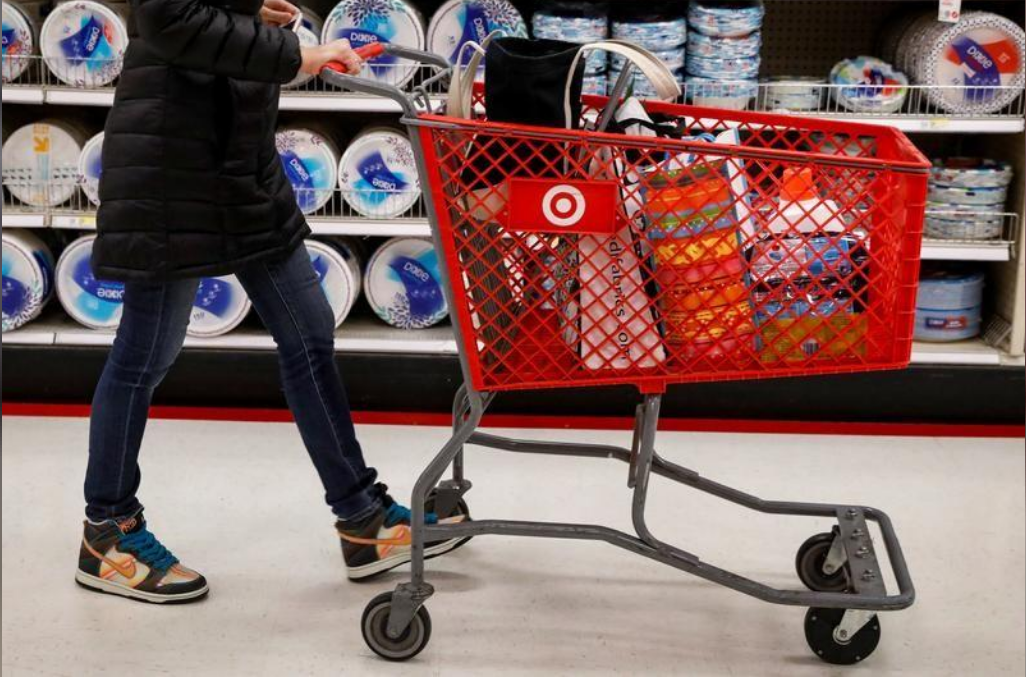 US economic growth slowed less than previously estimated in the fourth quarter as the biggest gain in consumer spending in three years partially offset the drag from a jump in imports.

Gross domestic product expanded at a 2.9 percent annual rate in the final three months of 2017, instead of the previously reported 2.5 percent, the Commerce Department said in its third estimate for the quarter on Wednesday. That was a slight moderation from the third quarter's brisk 3.2 percent pace.

The upward revision to the fourth-quarter growth estimate also reflected less inventory reduction than previously reported. Economists polled by Reuters had expected that fourth-quarter GDP growth would be revised up to a 2.7 percent rate.

There are signs that economic activity slowed further in the first quarter, with retail sales falling in February for a third straight month. Housing data have been generally weak and the trade deficit hit a more than nine-year high in January.

The Atlanta Federal Reserve is currently forecasting the economy growing at a 1.8 percent rate in the January-March period. First-quarter GDP growth tends to be weak because of a seasonal quirk.

Still, analysts believe the economy will hit the Trump administration's 3 percent annual growth target this year, driven by the $1.5 trillion tax cut package and an increase in government spending.

That could keep the door open to slightly more aggressive interest rate increases from the Federal Reserve this year. The US central bank raised rates last week and forecast at least two more hikes for 2018. The Fed also lifted its economic growth projections for this year and 2019.

"Tax cuts and stronger government spending will boost average GDP growth to 2.9 percent in 2018," said Gregory Daco, chief US economist at Oxford Economics in New York. "We forecast this environment will lead the Fed to raise interest rates four times this year."

There are worries the Trump administration's adoption of protectionist trade measures could sour business sentiment and hurt spending on capital goods.

President Donald Trump last week signed a memorandum targeting up to $60 billion in Chinese goods with tariffs over what his administration says is misappropriation of US intellectual property. Trump also has imposed tariffs on steel and aluminum imports.

US financial markets were little moved by Wednesday's data. Stocks on Wall Street were trading mostly higher, while prices of US Treasuries edged up. The dollar firmed against a basket of currencies, pushing further away from a five-week low in the prior session.

The government also reported on Wednesday that after-tax corporate profits increased at a 1.7 percent rate in the fourth quarter after rising at a 5.7 percent pace in the third quarter.

The average of GDP and GDI, also referred to as gross domestic output and considered a better measure of economic activity, increased at a 1.9 percent rate in the fourth quarter. That followed a 2.8 percent rate of growth in the prior period.

Growth in consumer spending, which accounts for more than two-thirds of US economic activity, was revised up to a 4.0 percent rate in the fourth quarter from the 3.8 percent pace reported last month. That was the quickest pace since the fourth quarter of 2014 and followed a 2.2 percent rate of growth in the July-September period.

Imports grew at an upwardly revised 14.1 percent pace instead of the previously reported 14.0 percent rate. That was the fastest pace since the third quarter of 2010 and overshadowed a rise in exports driven by weakness in the dollar.

A separate report from the Commerce Department on Wednesday showed the goods trade deficit rose 0.1 percent in February as an increase in imports slightly outpaced a jump in exports.

"The drag (from trade) looks less meaningful than we had previously anticipated, likely coming in around a half percentage point," said Daniel Silver, an economist at JPMorgan in New York.

While robust consumer spending curbed the accumulation of inventories, the slowdown in inventory investment was not as steep as previously reported.

Inventory investment rose at a rate of $15.6 billion in the fourth quarter instead of the previously reported $8.0 billion pace. Inventories subtracted 0.53 percentage point from GDP growth after adding 0.79 percentage point in the prior period.

Inventories could contribute to growth in the first quarter. The Commerce Department reported on Wednesday that both wholesale and retail inventories increased solidly in February.

There were modest downward revisions to business and residential construction spending growth estimates in the fourth quarter. Growth in government spending was raised slightly.