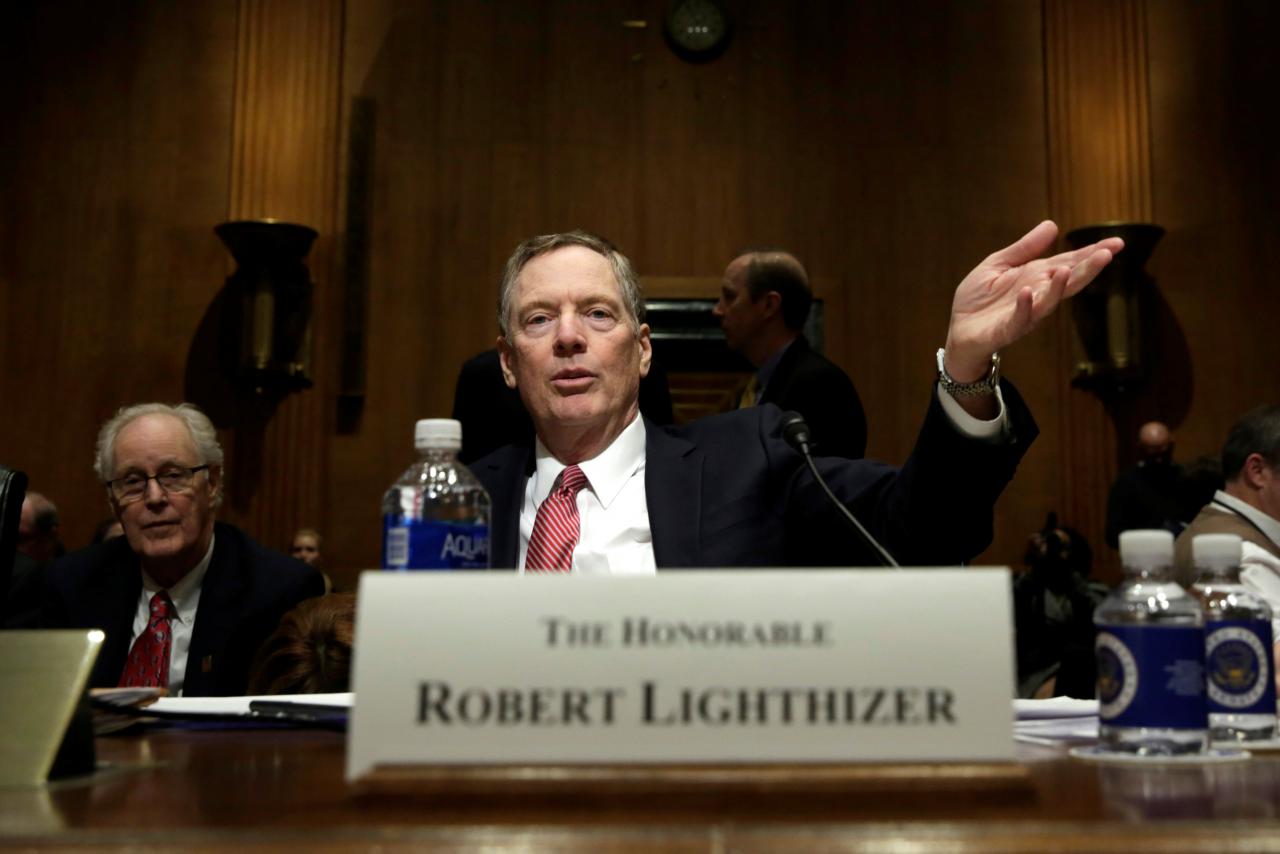 Washington (People's Daily) - The Office of the US Trade Representative (USTR) issued a list of products imported from China that could be hit with new tariffs in the coming weeks.An official statement from the USTR said the proposed list of products is based on an extensive interagency economic analysis and targets goods that benefit from China’s industrial sector while minimizing impact on the US the economy.
Industries that could be subject to the tariffs include aerospace, information and communication technology, robotics and machinery.
The list features 1,300 separate tariff lines and will undergo review through a public notice and comment process, and a hearing. Afterward the USTR will announce their final decision on which China-made goods will receive added duties. Following the USTR’s Section 301 investigation, Trump announced in March that he wanted to impose $60 billion in tariffs annually on Chinese imports.Yale University Senior Fellow and former Chairman of Morgan Stanley Asia Stephen Roach told People’s Daily that Washington’s fixation on Sino-US bilateral trade imbalances is the more serious flaw.
“Going after China, without addressing the root cause of low savings is like squeezing one end of a water balloon — the water sloshes to the other end. In effect, the Chinese piece of the US trade deficit would be redistributed to other, higher-cost foreign producers. That is the functional equivalent of a tax hike on the very middle class the Trump Administration is trying to protect,” said Roach.