US seeks 'concrete actions' from North Korea before planned talks 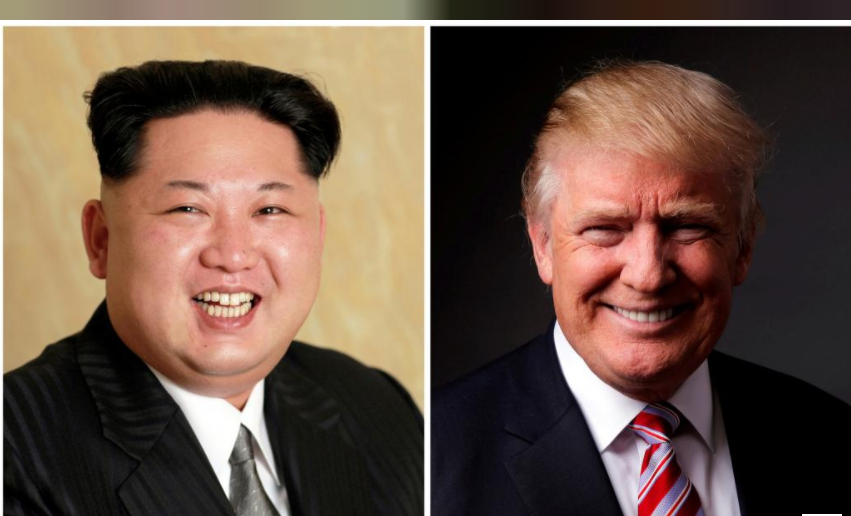 A combination photo shows a Korean Central News Agency (KCNA) handout of Kim Jong Un released on May 10, 2016, and Donald Trump posing for a photo in New York City, US, May 17, 2016. REUTERS/KCNA handout via Reuters/File Photo & REUTERS/Lucas Jackson/File Photo

US President Donald Trump will not meet with North Korean leader Kim Jong Un unless Pyongyang takes “concrete actions,” the White House said on Friday as it faced criticism for agreeing to talks that would boost Kim’s standing.

“The president will not have the meeting without seeing concrete steps and concrete actions take place by North Korea, so the president will actually be getting something,” White House spokeswoman Sarah Sanders told a news briefing.

Sanders did not specify what actions North Korea needed to take, and a White House official later said she was not intending to set new conditions for talks with Kim.

But the comments were a sign that an end to a standoff between the two countries over North Korea’s nuclear weapon program is not imminent.

Trump did little to clear up confusion over the timing of talks and any preconditions when he took to Twitter late on Friday.

“The deal with North Korea is very much in the making and will be, if completed, a very good one for the World. Time and place to be determined,” he wrote.

The United States has long said it wants any talks to aim at Pyongyang abandoning its nuclear weapons and missile programs.

Hopes for a breakthrough with North Korea rose on Thursday when Trump said he was prepared to hold an unprecedented meeting with Kim.

The two leaders prompted jitters around the world last year as they exchanged bellicose insults over the North’s attempts to develop a nuclear weapon capable of hitting the United States. Pyongyang has pursued its nuclear program in defiance of United Nations Security Council resolutions.

But tension eased around last month’s Winter Olympics in South Korea, laying the groundwork for what would be the first meeting between leaders from North Korea and the United States, and the biggest foreign policy gamble for Trump since he took office in January last year.

The head of South Korea’s National Security Office, Chung Eui-yong, speaking in Washington on Thursday after briefing Trump about a meeting South Korean officials held with Kim this week, said the US president had agreed to meet the North Korean leader by May in response to an invitation from Kim.

Kim had “committed to denuclearization” and to suspending nuclear and missile tests, Chung said.

A senior State Department official said the talks would likely only be a preliminary discussion about holding future negotiations.

“The expectation is that the talks would lead to a discussion around a conclusion that we’re ready to engage in negotiations,” the official said.

Trump’s sudden decision to meet with Kim stunned even people in his own administration.

Sanders’ comments seemed aimed at criticism in the United States that Trump took a misstep by agreeing to talks - thus giving Pyongyang the international legitimacy it seeks - but without earning any big concessions from the North.

“The Administration must go into any meeting with a plan to ensure that negotiations with Kim Jong-un produce real results, not a photo op that lends legitimacy to North Korea’s murderous regime,” US Senator Mark Warner, a Democrat who is vice chairman of the Senate intelligence committee, said in a statement.

Some US officials and experts worry North Korea could buy time to build up and refine its nuclear arsenal if it drags out talks with Washington.

A White House official said Trump remained committed to a meeting with Kim based on the conditions laid out by South Korea on Thursday: that Kim is committed to denuclearization, will refrain from any further nuclear or missile tests, and understands that US-South Korean military exercises must continue.

No venue or date has been announced for the summit, which is expected to be held in May. Neutral Switzerland, which often hosts summits, said it was ready to facilitate the meeting.