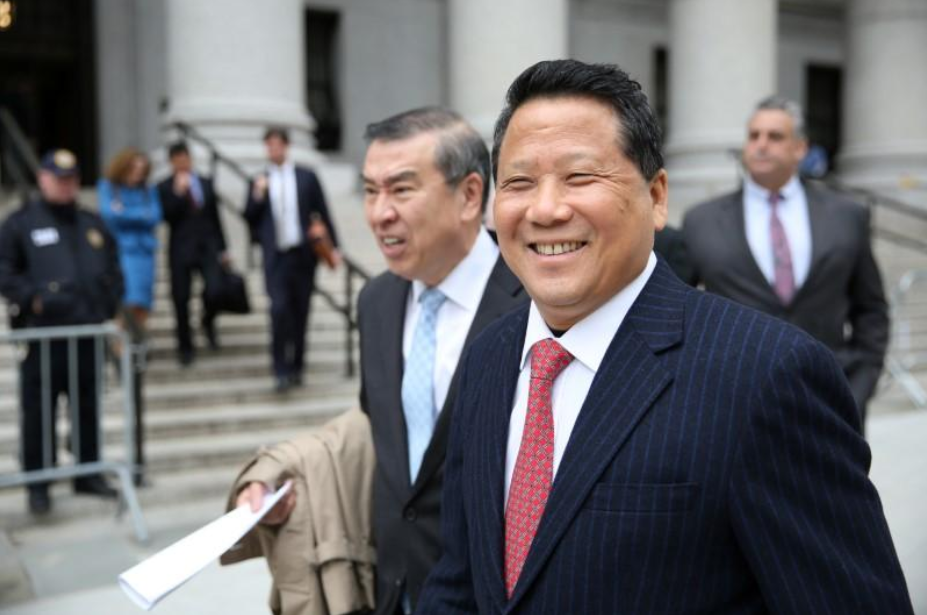 The US government on Friday asked a judge to sentence Macau billionaire Ng Lap Seng to more than six years in prison, after his conviction last July for bribing two UN ambassadors to help him build a multi-billion dollar conference center.

Prosecutors made their request in a filing with the US District Court in Manhattan, and are also seeking a $2 million fine.

The request came four weeks after Ng’s lawyers urged that their 69-year-old client be sentenced to time served, and allowed to return to his family in China.

Lawyers for Ng did not immediately respond to requests for comment. Ng’s sentencing by US District Judge Vernon Broderick is scheduled for May 11. Probation officials recommended a six-year prison term.

Ng was convicted on all six counts he faced, including bribery, money laundering and corruption, after a four-week trial and less than a day of jury deliberations.

Prosecutors accused him of paying more than $1 million of bribes to officials including the late former UN General Assembly President John Ashe.

They said Ng hoped the conference center, which was never built, would pave the way for luxury housing, hotels, a shopping mall, marinas and a heliport, turning Macau into the “Geneva of Asia” and winning himself fame and greater riches.

“The defendant, a sophisticated, international businessman, repeatedly used his wealth and power to seek to corrupt decision-making at the United Nations,” prosecutors said in Friday’s filing. “That was a choice. It warrants substantial and meaningful punishment.”

Defense lawyers have said Ng’s goals were consistent with the types of public-private partnerships that the United Nations favors, and that other diplomats abused Ng’s trust.

In their sentencing request, they called it “far more reasonable” to conclude that Ng’s motivations were patriotic and philanthropic.

They also said there was “no chance of recidivism,” and that Ng could assure the court that once in China, he would not seek to return to the United States or conduct business there.

Ng has been allowed to live in his Manhattan apartment under 24-hour guard on $50 million bail. He was arrested in 2015.