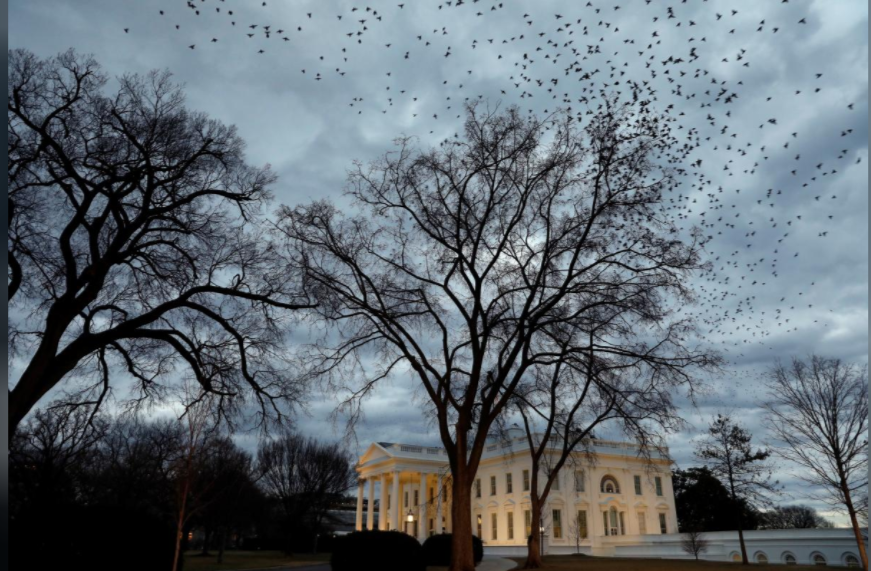 Birds fly over the White House during the second day of the US government shutdown on January 21, 2018. Photo: Reuters

Washington (People’s Daily) - US media reported that the Senate overwhelmingly passed the interim appropriation bill on Monday that would keep the government open through February 8.

On Saturday, Senate leaders resumed negotiations, with both sides blaming each other for the slow progress.

Immigration legislation is of major concern and Senate leaders are expected to vote on DACA once the government reopens.

The Washington Post reported that after the government opens its doors, Republicans promised to extend the "Stay of the United States in the next few weeks to postpone the repatriation" vote.

Although the Trump administration has pledged not to "politicize" the federal government's "lockout" and to maintain the openness of the sectors associated with popular destinations, several scenic spots, including the Statue of Liberty in New York, have been affected.

Meanwhile, some White House staff members have started taking their vacations. US President Trump, who opposes political correctness, has blamed Democrats for the shut-down.