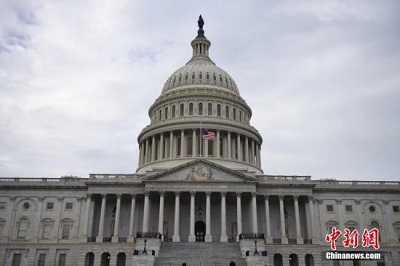 The US House of Representatives has previously passed its own version of the tax cuts bill. This latest approval by the Senate would launch talks, likely next week, between the Senate and the House of Representatives on crafting a single bill. The final version of the tax cuts bill will be presented to Trump before the US President signing it into law.

The Senate Republican leadership managed to lock enough votes for the bill with last-minute changes from several provisions of the bill on Friday. 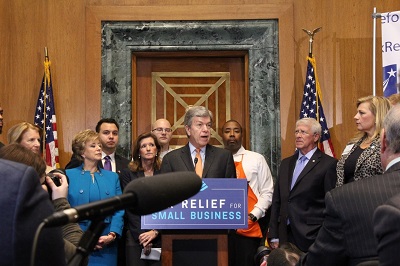 GOP argues that the tax cuts bill will boost US economy for the next decade. (Photo: Hu Zexi/People's Daily)

Republicans have been talking about this dramatic reshaping of the tax code for years.

Several Republican Senators, including Susan Collins, Jeff Flake and Jerry Moran, have previously voiced concern about the tax cuts bill but turned out to vote yes.

The bill would cut tax rates on corporations, remove or limit long-standing tax breaks and subject fewer wealthy families to the estate tax. Its success is widely believed to be crucial for the Republicans to retain control of Congress in the November 2018 elections. 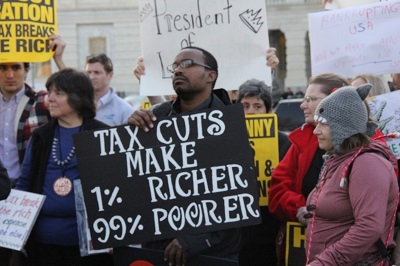 The GOP tax cuts bill is widely criticized for being unequally beneficial to the wealthy. (Photo: Hu Zexi/People's Daily)

In the Senate, the Democrats – though they failed to block the bill – opposed it in unity, denouncing it as a giveaway to the wealthy people. They also argued that the bill will also add $1 trillion to the $20 trillion US government debt.

“This bill directs the lion’s share of its benefits to those at the very top, the already wealthy and the already powerful,” Senate Democratic leader Chuck Schumer said in a statement. “The hole it blows in the deficit will – makes no mistake – endanger Social Security, Medicare and Medicaid.”