HEADLINE US slap sanctions on 5 Iranian firms over missile program

US slap sanctions on 5 Iranian firms over missile program 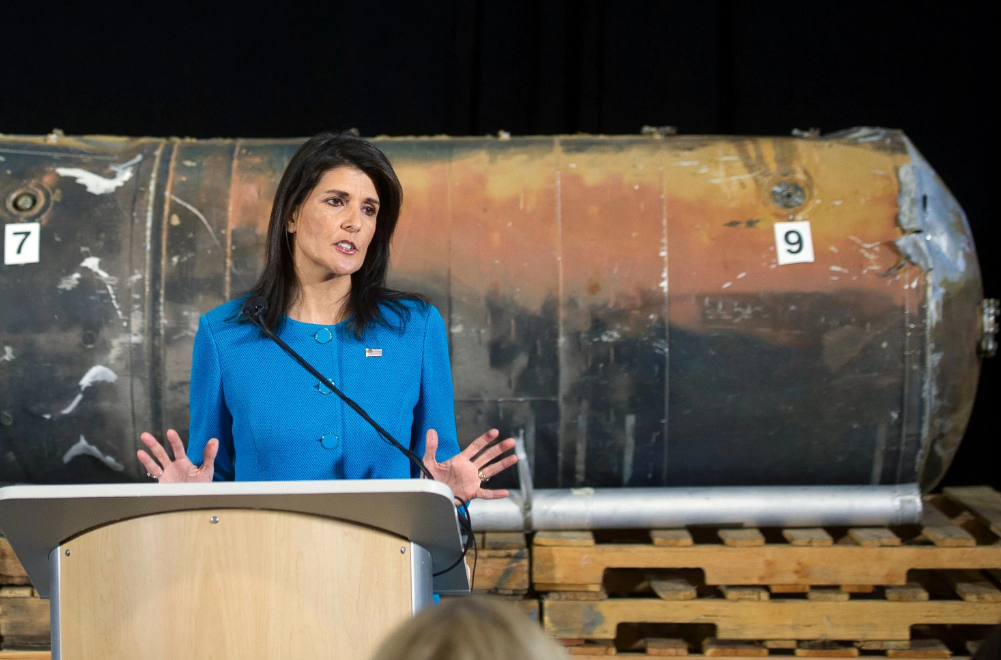 U.S. Ambassador to the U.N. Nikki Haley speak in front recovered segments of an Iranian rocket during a press briefing at Joint Base Anacostia-Bolling, Thursday, Dec. 14, 2017. (Cliff Owen/AP)

Washington(People's Daily) - The US on Thursday announced it would impose sanctions on  five Iran-based companies linked to that country’s ballistic missile program.

The sanctions block all property and interests in property of those designated today subject to US jurisdiction, and US citizens are generally prohibited from engaging in transactions with them. In addition, foreign financial institutions that knowingly facilitate significant transactions for, or persons that provide material or certain other support to, the entities designated today risk exposure to sanctions that could sever their access to the US financial system or block their property and interests in property under US jurisdiction, the Treasure Department said.

The new sanctions come after a week of anti-government protests that have spread across Iran. US President Donald Trump has tweeted his support for the protesters and criticism of the government.