HEADLINE US, South Korea to meet on military cost-sharing deal

US, South Korea to meet on military cost-sharing deal 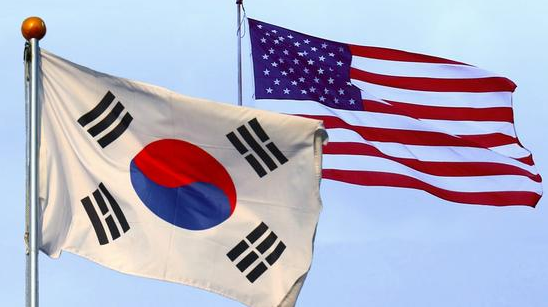 Washington (People's Daily) - Officials from the US and South Korea will meet to renew a military cost-sharing agreement in Hawaii this week, according to a US official.

Spokesperson of the US State Department Heather Nauert said the meeting, which is scheduled to take place from March 7 to 9, is the first round of consultations to develop the 10th Special Measures Agreement (SMA), which is expected to take effect in 2019.

Since 1991, South Korea has helped offset the costs of stationing US forces through the SMA mechanism. Under the current five-year SMA that will expire on December 31, 2018, South Korea provides $830 million a year.

US President Donald Trump said last year that South Korea should pay for the deployment of the THAAD anti-missile system, which experts believe will be discussed during the meeting.

Senior Adviser for Security Negotiations and Agreements Timothy Betts will lead the US delegation, which includes representatives from the Department of State and the Department of Defense, while South Korea will be led by Chang Won-sam, a career diplomat who was appointed in mid-November to head the negotiation team, and will include representatives from the Ministry of Foreign Affairs and the Ministry of National Defense.

Nauert said both delegations are committed to developing an agreement that strengthens the US-South Korean alliance and ensures the security of South Korea.

The announcement was made after a senior South Korean special delegation to Pyongyang met with North Korean leader Kim Jong Un on Monday. It’s the first known high-level visit by South Korean officials to the North in a decade.

It’s also the first such meeting since Kim took power in 2011. He told the delegation that he wants to “write a new history of national reunification.”

The White House implied that it’s ready to talk with North Korea. Pyongyang responded over the weekend by saying that it’s interested in discussing issues of “mutual concern” with the US, but added that preconditions are a nonstarter.