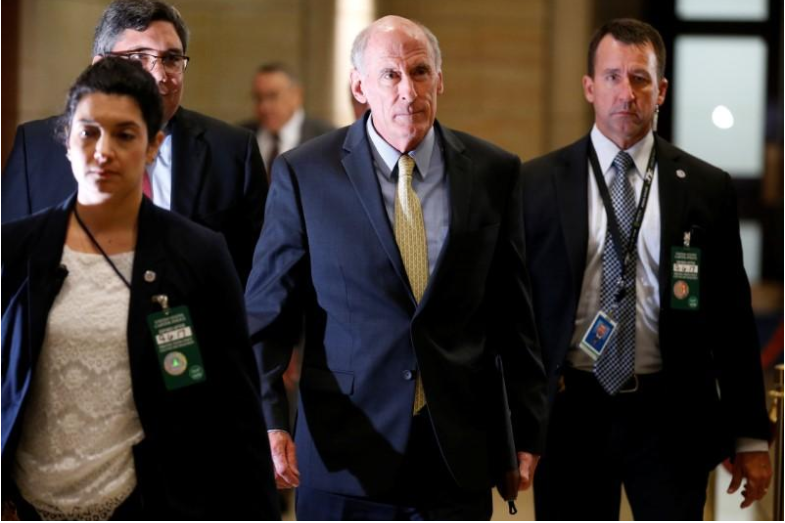 The top US intelligence official has ordered tighter restrictions on how the names of Americans kept secret in intelligence reports can be revealed during presidential transitions, according to documents seen by Reuters.

The move follows unsubstantiated charges by President Donald Trump and his allies that his predecessor’s administration spied on Trump and improperly “unmasked” the identities of his associates during the 2016 presidential campaign and transition.

Current and former senior US intelligence officials who have reviewed the documentation dispute those claims by the president.

In September, the US Justice Department said in a court filing that it had no evidence to support the president’s claim that President Barack Obama ordered surveillance of his Trump Tower campaign headquarters.

In a Nov. 30 letter sent to Representative Devin Nunes, Republican chairman of the House Intelligence Committee, and other top lawmakers, the Director of National Intelligence Dan Coats said the new unmasking policy is due by Jan. 15.

Nunes was among the first to charge that US intelligence agencies collected information on Americans involved in Trump’s transition team. A Nunes spokesman declined comment.

Coats wrote that the new policy will reinforce existing procedures that “make clear that IC (intelligence community) elements may not engage in political activity, including dissemination of US person identities to the White House, for the purpose of affecting the political process of the United States.”

“In addition, this policy will require heightened levels of approval for requests made during a Presidential transition when those requests relate to known members of a President-elect’s transition team,” Coats wrote in the letter, which was sent to the top Republicans and Democrats on the Intelligence and Judiciary committees in both the House and Senate.

Reuters has also reviewed a draft presidential order that, if enacted, would make similar changes to unmasking procedures that relate to presidential transitions.

A White House spokesman declined to comment on the four-page draft presidential order, which is undated. It is unclear if Trump will sign the document in addition to the new policies Coats has ordered.

US intelligence agencies are barred from eavesdropping on Americans’ communications without warrants. However, information involving US citizens sometimes is incidentally collected in the monitoring of foreign intelligence targets. In such cases, the Americans’ identities are anonymized with labels such as “US Person No. 1.”

“Unmasking” occurs when an authorized US policymaker requests the name of an American to help understand the value of the foreign intelligence. A policymaker also can request an unmasking when the information concerns a crime.

Unmasking requests already are subjected to extensive reviews by multiple officials before they are approved.

For unmasking requests made between a US presidential election and Inauguration Day, the draft presidential order states, the request now would have to say whether the official making it believed or knew it involved a member of the president-elect’s transition team.

Moreover, if the request is approved, the Republican and Democratic leaders of the House and Senate intelligence committees would have to be informed.

A request also would have to be approved by the top lawyer of the US intelligence agency that disseminated the original intelligence report.

While Coats, in his letter, said the new policies are intended to keep politics out of intelligence issues, some current and former officials said the draft presidential order could do the opposite.

“If this executive order is implemented as written, or worse if it’s written into law, it is not only an infringement on the political independence of the intelligence community, but it will endanger our ability to work with our allies, who may fear we’ve been drafted into a political party,” said one US official familiar with the issue, speaking on condition of anonymity.

It appears that the Trump administration is trying to streamline, systematize, and memorialize the unmasking process, said Christopher Swift, a Georgetown University law professor and partner at Foley & Lardner LLP.

“But these same procedures might also be used to identify pending national security investigations and insert the White House into these decisions,” Swift said via email.