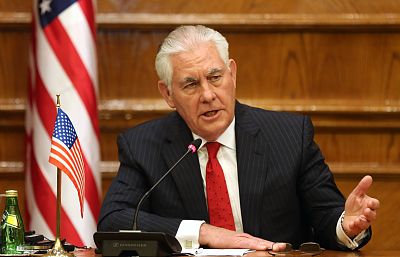 Washington, D.C. (People's Daily) - The US State Department has yet to spend any of 120 million dollars allocated by Congress to fight against foreign influence on US elections, according to a report from The New York Times.

The US Congress approved the Pentagon on its 60-million-dollar budget to the State Department in the final days of the Obama administration, another 60 million dollars became available for the following fiscal year. However, despite the enormous budget, the State Department has done almost nothing.

The report is published as American intelligence officials and lawmakers warn that Russia is working to influence upcoming elections by using a coordinated campaign of internet trolls and disinformation to influence voters.

But according to the report from the New York Times, Secretary of State Rex Tillerson himself has continued to doubt the capability of his department to combat Russian meddling. The Global Engagement Center, responsible for addressing Russia’s meddling activity, does not have any Russian-speaking analyst due to an ongoing hiring freeze. US Cyber Command Chief Adm. Michael Rogers said last week that he hadn’t received permission from Trump to disrupt Russia's election interference.

It took Tillerson seven months to decide whether to spend the money, but, as this fiscal year has just a few more days, the Pentagon said the State Department could no longer use it. The Pentagon deliberated for five months on the other 60 million dollars available for the next fiscal year and finally said last Monday that it would allow 40 million dollars. The State Department expects to get the money around April, according to department officials.

A poll by Axios released on Sunday found that a majority of Americans do not believe President Trump will stop foreign interference in the 2018 midterm elections. Three-fourths of Americans also believe Russia will interfere in US elections in the future and only 60 percent think Trump is doing enough to address the threat.