In 2007, 12-year-old James Loomis was in the 7th grade at a public school in St. Louis. He started to learn Chinese at that time, in his eyes, which is one of the most difficult languages in the world.

"China is a powerful country and Americans need to get to know China. Only when Americans learn Chinese can they have a deeper understanding of Sino-US relations. " said James when he shared his story with a Chinese media the Paper.com.

This is how James’ parents feel. “My parents think that China is becoming stronger and stronger. If our young generation can learn Chinese well, we may have better chances to hunt for a better job,” said James.

It’s the fifth time for James, the group leader of the Missouri Boys and Girls State Youth Leadership China Study tour, to visit China. Having a Chinese name—Luo Xiaoxiong, he can share his understanding of Sino-US relations in Chinese fluently. 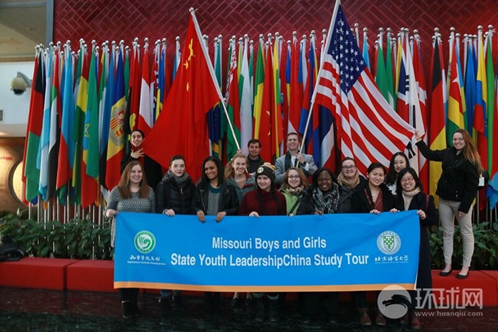 Luo Xiaoxiong exerted great efforts to learn Chinese since he was twelve. There is no Chinese class in his school when he was in high school, so he went to Washington University in St. Louis to study Chinese. “In my four years in high school, I usually spent one hour per day studying Chinese in the university with college students,” said Luo.

After a few years, Luo achieved his dream to study political science and Chinese culture at Washington University. “I studied Chinese at Fudan University for a semester in 2015 and made huge progress there,” said Luo, “I will study International Relations at Fudan University this fall and continue learning Chinese.”

Many of the students in the tour group visited China for the first time. They visited the US embassy, the International Department of the Central Committee of CPC and Confucius Institute Headquarters (Hanban), among others. These visits gave them a more detailed and first-hand impression of China. “I see how Chinese spend their daily life. They are very friendly. All these mean a lot to me. However, there are still some things that I cannot understand fully. I hope I can learn Chinese well to have a better understanding of China,” said Celia, one of the group members.

Luo said he felt deeply “moved” upon hearing Celia’s intention to learn Chinese. “Since learning Chinese has a big impact on my life, I would like to share my experience with my group members.”

Others from the group also want to study Chinese. Isiah, a student at Webster University, began learning Chinese at the Confucius Institute at Webster. 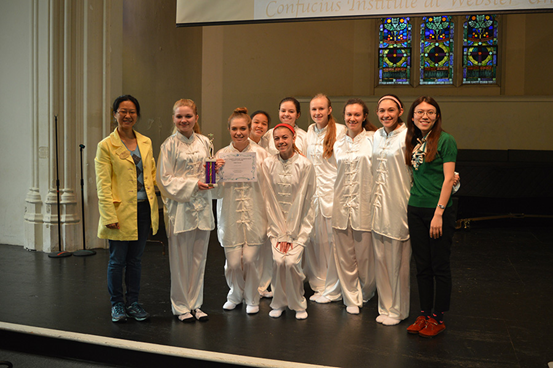 Jennifer is a high school student with an interest in international relations. “We previously discussed how US teenagers perceive China in our class discussions. But when I came to Beijing, I found that China is such a great country totally different from what I read from our textbook and my previous impressions.”

Jennifer hopes that she can gain more “cultural communication” during this China visit tour. “One of my professors who has been to China encouraged me to join the tour to know different cultures. I had the opportunity to sit down and talk with Chinese government staff and learn their thoughts, which is very inspiring.”

Gao Wenyan, a Chinese teacher at Webster’s Confucius Institute, said, “The Chinese tour gives US students a fresh and new feeling of China. They are eager to share their experience in China with their family members online everyday.”