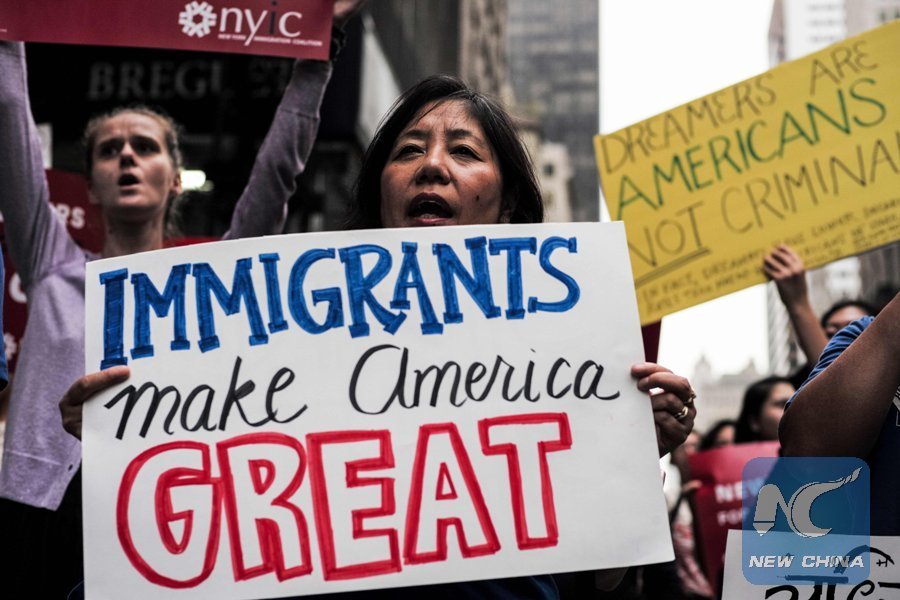 Photo taken on Oct. 5, 2017 shows protesters during a rally in support of DACA near the Trump Tower in New York. (Photo: Xinhua/AFP)

Washington (People's Daily) - The US Supreme Court on Monday decided not to immediately hear the Trump administration’s appeal of a lower court order preventing it from winding down DACA, rejecting a request from the Department of Justice.

In January, a federal judge in San Francisco blocked President Donald Trump's effort to abolish the Obama-era program Deferred Action for Childhood Arrivals (DACA). The program permits foreigners who entered the US illegally as children to obtain legal status in the US.

The Justice Department asked the Supreme justices to bypass the Court of Appeals for the Federal Circuit, and to hear the case directly. The Supreme Court declined the request unanimously on Monday.