The US unilateral measures against China under its domestic Section 301 investigation is an intentional and gross violation of the World Trade Organization (WTO)'s fundamental principles of non-discrimination and bound tariffs, a Chinese diplomat said on Wednesday.

Chinese Ambassador to the WTO Zhang Xiangchen made the remarks in a written statement after the US government announced the proposed list of products subject to additional tariffs, which covers Chinese exports worth 50 billion US dollars with a suggested tariff rate of 25 percent.

"The findings of the US Section 301 investigation are a willful distortion of facts and full of selective assertions and allegations, turning a blind eye to the actual progress that China has achieved in the market-oriented reforms, further opening-up and enhanced intellectual property protection," said Zhang.

Recalling that the WTO ruled against the Section 301 in early 2000 in a dispute lodged by the European Union, Zhang criticized the United States for turning its back on its own commitments and blatantly taking unilateral measures against China.

Underlining that China will take all necessary actions to defend its legitimate rights and interests, Zhang said that China would take the US unilateral measures immediately to the WTO dispute settlement mechanism.

Meanwhile, China will take countermeasures against US products in scale and degree equivalent to the US measures in accordance with the Foreign Trade Law of China, he added.

"Our actions are taken in direct response to the emergency situation caused by the United States, and are necessary and just actions served to fight protectionism," he reiterated.

Zhang warned that the US unilateral action has gravely undermined the foundation of the WTO and put the WTO in an unprecedented danger.

He called for the entire WTO membership to lock arms with China in fighting the blatant protectionist acts of the United States. 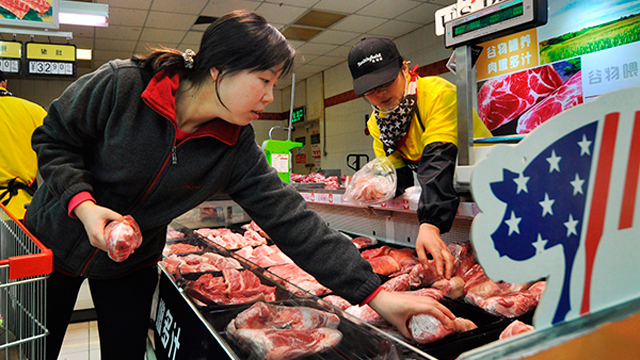