HEADLINE US votes against UN resolution condemning US embargo on Cuba

US votes against UN resolution condemning US embargo on Cuba 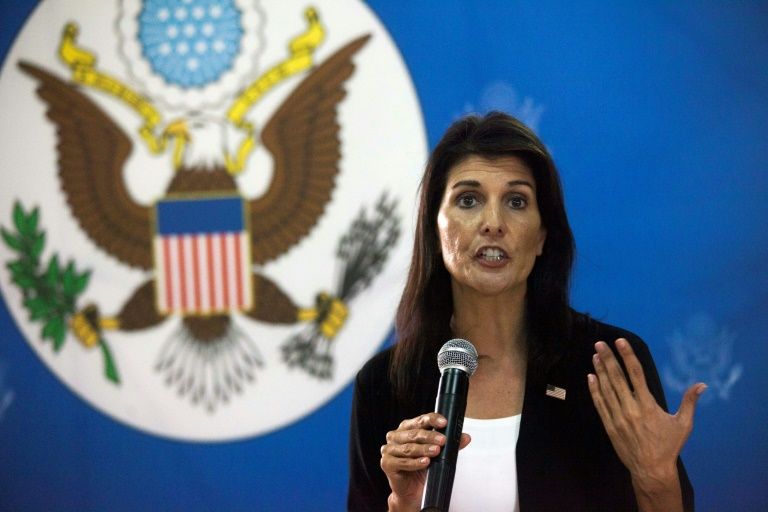 The US Ambassador to the United Nations, Nikki Haley, seen here last week at the US embassy in South Sudan, will vote agaisnt the annual UN reolution condemning her country's trade embargo on Cuba. Photo: Yahoo News

The resolution was overwhelmingly approved in the 193-member General Assembly Wednesday by a vote of 191-2, with Israel joining the U.S. in voting "no."

Last October, then-President Barack Obama decided to abstain for the first time in 25 years following the restoration of U.S. diplomatic relations with Cuba in July 2016. Relations were broken in 1961 after Fidel Castro took power and installed a communist government in Cuba.

U.S. Ambassador Nikki Haley said before the vote that the U.S. will vote against the embargo "as long as the Cuban people continue to be deprived of their human rights and fundamental freedoms."