A 35-year-old female driver has been arrested for intentionally driving her van into a security barrier near the White House, the US Secret Service said Friday.

The agency said in a statement that it has had "previous encounters with the female in the vicinity of the White House resulting in numerous arrests for a variety of criminal violations." 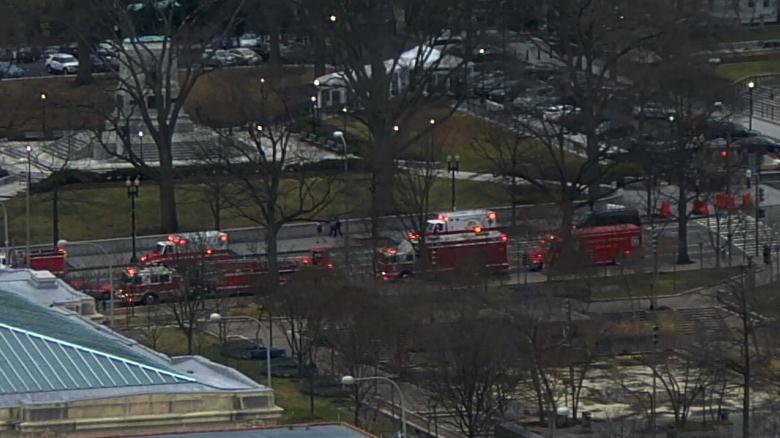 The driver, said to be from the US southern state of Tennessee, was charged Friday with numerous criminal violations and was transported to the Metropolitan Police Department, the statement said, adding that "The White House complex has returned to normal operations."

In a series of tweets, the agency said that the vehicle did not breach the security barrier at the 17th and E streets near the South Lawn of the White House, and the female driver was immediately apprehended.

Pictures and videos posted on social media showed that the back window of the vehicle was broken but it's unclear how that happened. No law enforcement personnel was injured and no shots were fired during the incident, authorities said.

US President Donald Trump was hosting visiting Australian Prime Minister Malcolm Turnbull at the time but neither was in danger. Trump later tweeted his thanks to the Secret Service for "a job well done!"