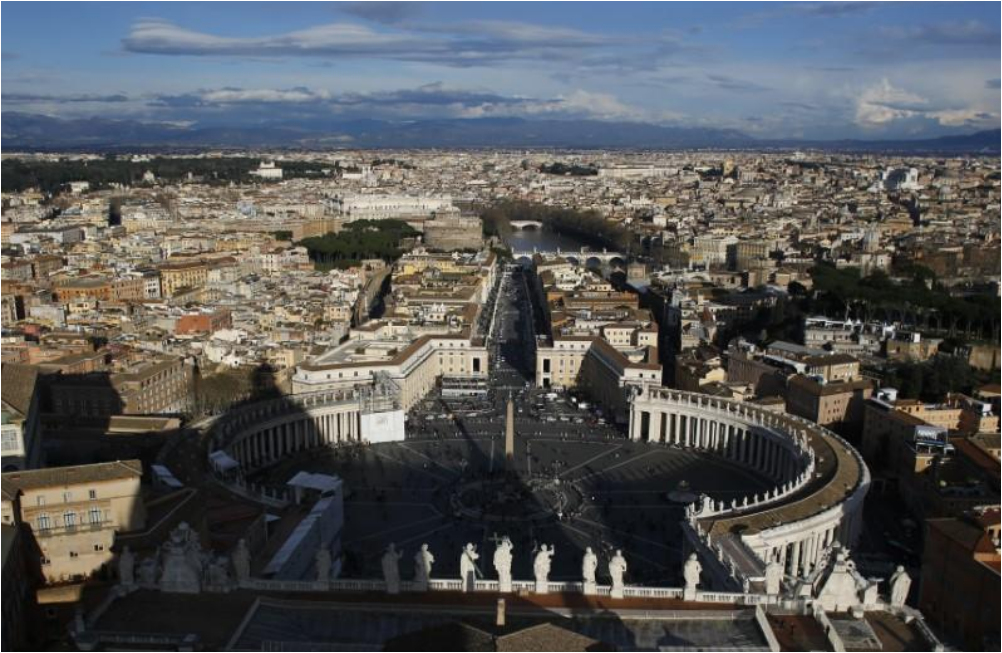 The Vatican said on Saturday its police had arrested a monsignor who worked as a diplomat at its embassy in Washington and is suspected of possessing child pornography in the United States and Canada.

A statement identified the accused as Msgr. Carlo Alberto Capella and said he was arrested earlier on Saturday in the Vatican after a warrant was issued by the Holy See’s chief magistrate at the end of an investigation.

The Vatican statement said Capella, who was recalled from the Vatican embassy in Washington last August, was arrested according to articles of a 2013 law signed by Pope Francis. The articles cited by the statement related to child pornography.

If indicted, the monsignor will have to stand trial in the Vatican and faces up to 12 years in jail.

The scandal is the latest blow to the Catholic Church as it struggles to overcome repeated sex abuse cases among its clergy.

Francis has declared zero tolerance over abuse scandals that have beset the Church for decades, but critics say he has not done enough, particularly to hold bishops responsible for mishandling or covering up abuse.

The State Department notified the Holy See in August of a possible violation of laws relating to child pornography images by a member of the diplomatic corps of the Holy See accredited to Washington, the Vatican said in September.

A State Department spokesman said in September that the United States had requested that the man’s diplomatic immunity be waived to open the way for possible prosecution there but the Vatican refused.

Capella entered the diplomatic corps in 2004 and before serving in Washington he held diplomatic posts in Hong Kong and Italy.

It was not possible to reach Capella, who the Vatican said was being held in a cell in the Vatican’s police barracks.

After Capella was recalled to Rome, police in Windsor, Canada said they had issued an arrest warrant for him on suspicion of possessing and distributing child pornography on the internet.

A statement by Canadian police at the time said the suspected offences occurred while he was visiting “a place of worship” in Canada.

The recalling and arrest of Capella was the worst involving a diplomat since the case in 2013 of former Archbishop Jozef Wesolowski, who was Polish.

Wesolowski faced charges of paying boys for sexual acts, downloading and buying paedophile material while he was the Vatican’s ambassador in the Dominican Republic.

He was recalled to Rome by the Vatican, arrested, and stripped of his duties after a report by Dominican media led to an investigation by Dominican magistrates.

He died in hospital in 2015 at the age of 67 before his trial before a Vatican court could begin.