Vice Premier Liu He vows to follow through economic reform

The nomination of Liu He as vice-premier at the annual session of the 13th National People's Congress on Monday by Premier Li Keqiang came as no surprise, as Reuters reported in January.

Liu was elected a member of the Political Bureau of the CPC Central Committee at the 19th Communist Party Congress in October 2017. He is also the director of the General Office of the Central Leading Group for Financial and Economic Affairs.

He won a top Chinese economics study award in 2015 for his research on the global financial crisis, and he followed through supply-side reforms which are cutting excess factory capacity and pivoting the economy away from low-value industries.

Reform has been the key word in Liu's articles, in the past decade, according to domestic news site nbd.com.cn.

The Communist Party of China (CPC) Central Committee's decision and plan on deepening reform of Party and State institutions are revolutionary, Liu wrote in an article published by the People's Daily on March 13.

Liu wrote that strengthening the overall leadership of the CPC was a core issue in deepening the reform of Party and state institutions."

The Party exercises overall leadership over all Party, government, military and people's organizations as well as academic bodies in every part of the country," Liu noted.

Efforts should be made to establish and improve the institutions and mechanisms by which the Party exercises leadership over major tasks, according to the CPC Central Committee decision.

Liu also urged Party committees and governments across the country to shoulder the main responsibilities for implementing the tasks of deepening reform of Party and State institutions and ensure that work on every front progresses in a stable, orderly and effective manner.

No matter how the international situation changes, focusing on managing our own affairs is the fundamental principle for us to cope with external shocks and fulfill our dreams, Liu concluded in his article. 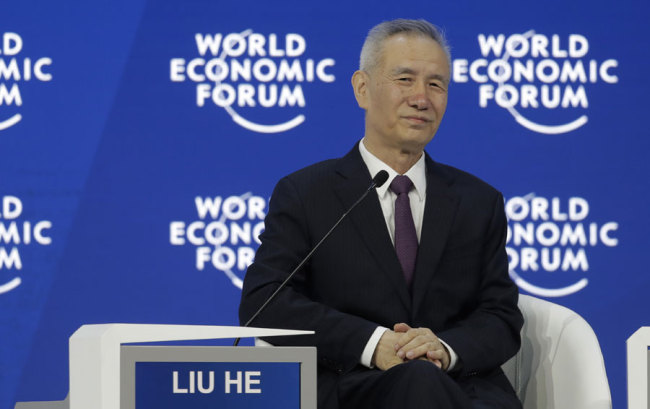 Liu stressed that China will continue advancing all-round opening up, significantly ease market access and actively push ahead with the "Belt and Road" construction, revealing top-level planning of economic policy in his speech at the World Economic Forum in Davos in January, 2018.

China will uphold the global governance concept featuring extensive consultation, joint construction and shared benefits, firmly safeguard multilateralism and multilateral trade regimes, push for fostering a new type of international relations and advance the building of a community with a shared future for mankind, Liu noted.

Liu graduated from the Department of Industrial Economy, Renmin University of China where he completed an undergraduate program in industrial economy. He gained a master's degree in public administration at Harvard's Kennedy School of Government in 1995. He is a research fellow and a professor.