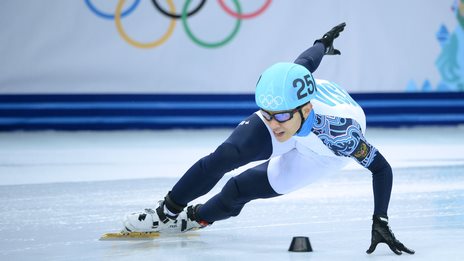 Korean-born speed skater Victor An and 31 other Russian athletes launched a last-ditch appeal on Tuesday against their suspensions from the Pyeongchang Winter Olympics following a widespread doping scandal.

Just three days before the start of the Games, the Court of Arbitration for Sport (CAS) said it opened arbitration proceedings following an urgent request from the 32.

"The applicants challenge the IOC decision refusing to invite them to participate in the 2018 Olympic Winter Games," a CAS statement said.

"They request that CAS overturn the IOC decision and allow them to participate in these Games as Olympic Athletes from Russia."

The late appeal will raise hopes that An, who switched allegiance to Russia in 2011 after falling out with South Korea's skating authorities, can make an emotional end to his Olympic career in his native country.

Last week, 28 Russians had life bans from the Olympics overturned by CAS, prompting 15 of them to apply to take part in Pyeongchang. However, the International Olympic Committee refused to give them invitations.

Russia's team has been banned from Pyeongchang, although 168 "clean" Russian athletes were cleared to take part under a neutral flag as "Olympic Athletes from Russia".

An, 32, Shipulin and Ustyugov were not included on the list of allowed athletes, although Stanislav Pozdnyakov, vice-president of the Russian Olympic Committee, has insisted they had "never been implicated in any type of doping affair".

Russia was suspended from Pyeongchang after the discovery of a systemic doping conspiracy culminating at the 2014 Sochi Winter Olympics – where, as the host nation, they topped the medals table.

The confusion over Russia's participation echoes the build-up to Rio 2016, when the IOC stopped short of banning Russia and instead left it up to individual sports federations to accept or deny Russian athletes.