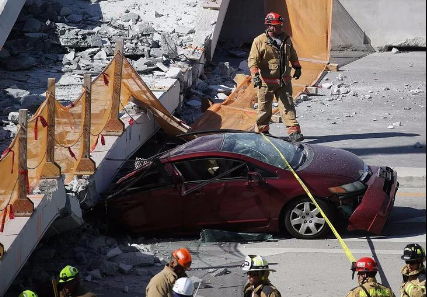 Emergency personnel work at the scene of a collapsed bridge in the Miami area, Thursday, March 15, 2018. (Photos: VCG)

The Miami-Dade County fire chief says four people have been found dead in the rubble of a collapsed pedestrian bridge in South Florida.

Fire Chief Dave Downey said at a news briefing Thursday evening that four deceased people had been found at the scene by first responders. He also says nine victims were removed "early on" and taken to hospitals. But he did not elaborate on their conditions.

He says "search and rescue mode" is continuing after nightfall.

Gov. Rick Scott also spoke to reporters, saying "everybody is working hard to make sure we rescue anyone who can be rescued." The Florida governor adds that an investigation will get to the bottom of "why this happened and what happened." He adds that if anyone had done anything wrong, "we will hold them accountable." 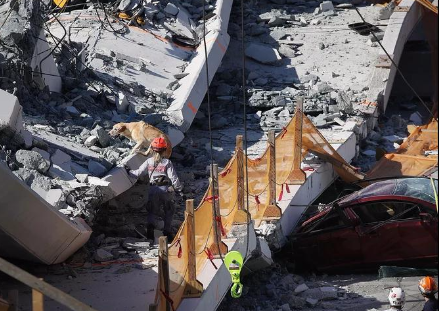