The dramatic reading of "Chu Shi Biao" in English by Chinese actor Wang Luoyong has gone viral on the Internet on Wednesday.

This literary masterpiece was written by Zhuge Liang, one of the greatest statesmen and militarists in China's turbulent era of Three Kingdoms (220-280). Wang plays the part of Zhuge Liang in a popular TV show "Growling Tiger, Roaring Dragon" streaming online at youku.com.

Zhuge is the military advisor to Liu Bei, who is the founder of the Shu Kingdom (221–263). In 227, Zhuge mobilized and assembled the Shu troops in Hanzhong Commandery in preparation for a large-scale military campaign against the Kingdom of Wei (220–265).

Before his departure, he wrote a memorial, called Chu Shi Biao (Memorial on the Case to Go to War), and submitted it to Liu Chan, Liu Bei’s son and successor. Among other things, the memorial contained Zhuge's reasons for the campaign against Wei and his personal advice to the young king on governance issues. 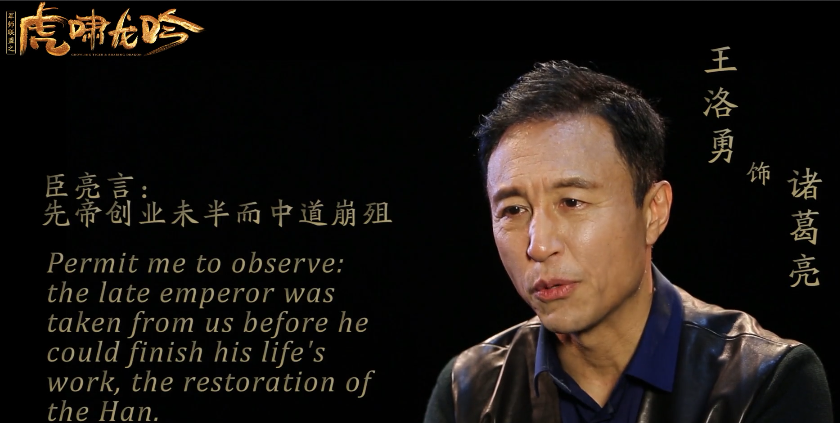