Video: At least 49 killed, 17 injured in US-Bangla Airlines in Nepal 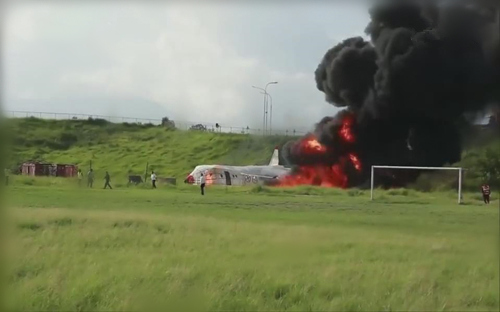 Heavy smoke can be seen after the passenger plane crashed near Kathmandu. (Photo: Global Times via KB Nepal Rocks)

KATHMANDU, March 12 -- At least 49 people were killed and 17 injured after a passenger plane of the US-Bangla Airlines crashed at Nepal's Tribhuvan International Airport (TIA) on Monday afternoon, authorities confirmed.

Bishwo Raj Pokharel, a senior police official involved in the rescue operation at the TIA, told Xinhua on the spot "49 people were killed and 17 others injured in the incident. Now we are carrying out rescue operations."

Meanwhile, a spokesman for the US-Bangla Airlines has said that the passengers onboard included 32 people from Bangladesh, 33 from Nepal, one from China and one from the Maldives.

The Bombardier Dash Q-400 aircraft, with 71 people onboard, crashed while landing. Nationalities of the four crewmembers were not immediately known. 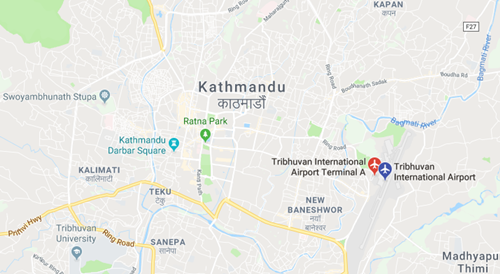 Those injured in the incident have been sent to hospitals for treatment.

The UBG211 flight was en route to Kathmandu from Dhaka, Bangladesh. The ill-fated plane was said to have circled the airport twice before trying landing.

Dozens of firefighters and rescuers rushed to the crash site, and the flames were put out in a relatively short time.

The TIA was temporarily closed for incoming and outgoing international flights following the accident, while latest reports said operations were being recovered.

Further details of the incident are yet to be ascertained.

The prime minister told reporters that the government would launch a probe into the crash.

The US-Bangla Airlines is a privately-owned Bangladeshi airline headquartered in Dhaka.

This is the deadliest air crash at the TIA airport after a Turkish Airlines flight crash-landed at the airport in March 2015.