British Prime Minister Theresa May said Saturday she has authorized the British armed forces to conduct "coordinated and targeted strikes" in response to the alleged chemical weapons attack in Syria.
"This evening I have authorized British armed forces to conduct coordinated and targeted strikes to degrade the Syrian Regime's chemical weapons capability and deter their use," May said in a statement issued after her nation's participation in the military strikes on Syria.
"We are acting together with our American and French allies," the statement said.
The United States, France and Britain launched the joint military strikes on Syria on Friday without the authorization of the United Nations, which, under the UN Charter, has the primary responsibility for maintaining international peace and security. 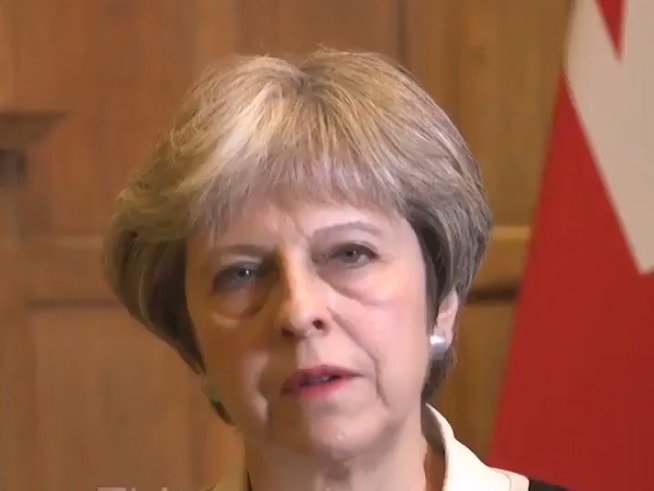