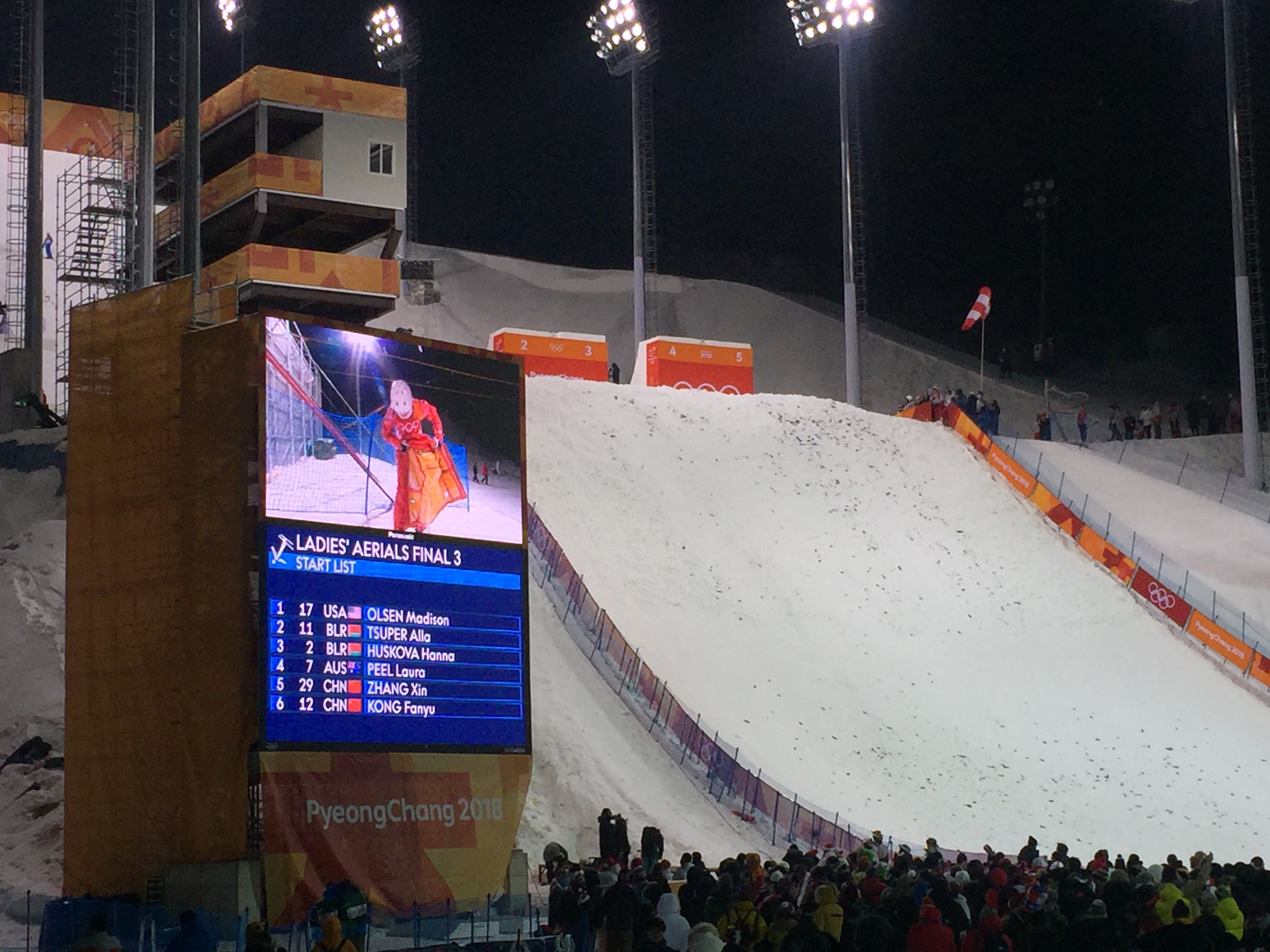 China's Zhang Xin and Kong Fanyu have claimed silver and bronze medals respectively in ladies' aerials of freestyle skiing after a crash-ridden final round.

The 32-year-old Zhang earned 95.52 points in the final to take the silver, while her teammate Kong Fanyu got the bronze with 70.14.

Hanna Huskova of Belarus posted 96.14 points to win the gold.

Another Chinese skier Xu Mengtao, the silver medallist of the 2014 Sochi Olympics, earned 91.00 points to take the second place after the first jump in the three rounds final with 12 skiers, but fell on her second jump to be eliminated out of the last six.

China has claimed five silver medals and two bronze medal in the women's aerial since it became an official medal event at the 1994 Winter Olympic Games.

(Xinhua contributed to this story.)