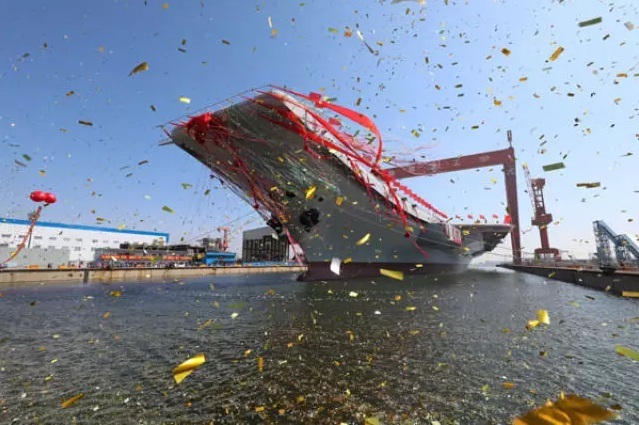 A year and two weeks have passed since it was launched out to sea for the first time on April 26. During that period, more radars and communications antenna were installed on the main body of the aircraft carrier. A comprehensively-upgraded active phased array radar was equipped to the carrier. Self-defense weapon systems that included "Haihongqi-10" guided missile system and a "1130" quick-fire were set up on the flight deck.