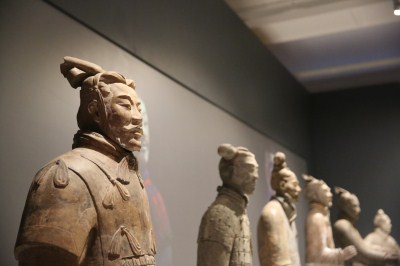 The Terracotta Warriors are a collection of 8,000 life-sized sculptures of soldiers and horses dating back to 210 BC. They were meant to guard the tomb of China's first Emperor Qin Shi Huang. 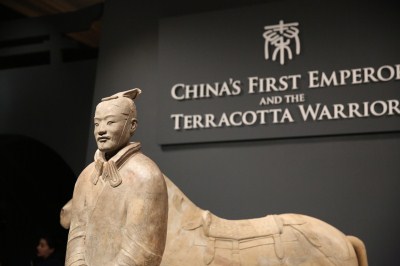 "China's First Emperor and the Terracotta Warriors" exhibition is being held together with the upcoming Chinese New Year and the 10th anniversary of Liverpool being elected the "European Capital of Culture". 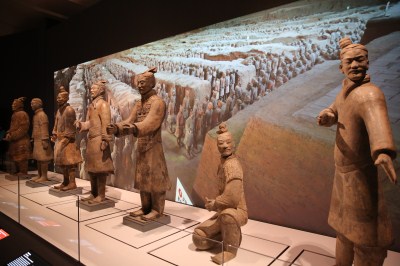 Having travelled 5000 miles to Liverpool, the ten figurines including a terracotta cavalry horse will be on display along with more than 100 cultural relics from Qin and Han dynasty (Qin: 221 BC-206 BC, Han: 206 BC-AD220). Visitors would get a chance to see these warriors face to face and imagine what the whole army of Terracotta Warriors could be like.

Liverpool World Museum opened originally in 1851, and was rebuilt in 1901. It has extensive collections covering archaeology, ethnology and the natural and physical sciences. It attracts around 600,000 visitors a year. The Museum is expecting more than 450,000 visitors to visit the exhibition. Until now, over 100,000 tickets for the exhibition have been preordered.