Bangkok (People's Daily)  – The Royal Thai Army (RTA) held a Media Open Day for newly-purchased Chinese VT-4 main battle tank at Cavalry Center in Saraburi, central province of Thailand, on Friday. It is the first international display of a Chinese defense product on an Open Day organized by a foreign user. 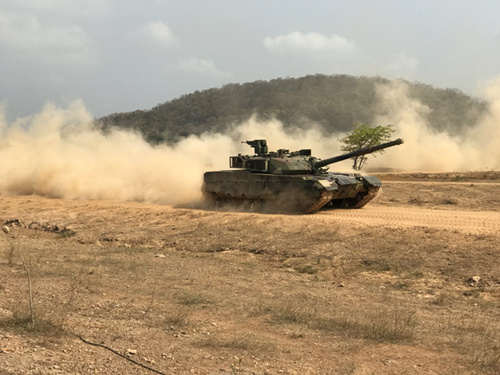 RTA has tested the VT-4 main battle tank's firepower, maneuverability and survivability through a series of performances.

Being light and small, it is easy to manouever, has a wide range of functions, and is highly digitalised.