Chinese-American Peter Wang, a 15-year-old honors student at Douglas High School in Parkland, Florida, was shot and killed while holding the door for his classmates as they escaped from one of the worst school shootings in American history on Tuesday. 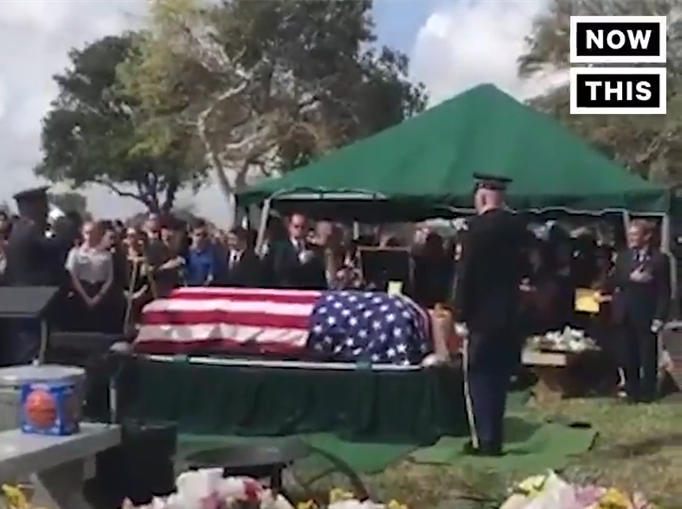 Reportedly West Point had conferred a letter of admission and honorarium tokens to his family. The video shows the funeral of Wang being buried with US military honors.

Wang was a member of the US Army Junior Reserve Officers' Training Corps (JROTC), a school programme for potential US military officers.

His funeral took place on Tuesday.