Video | 'Farmers are the first casualties of a trade war': US farmers release TV ad to warn President Trump of Chinese tariffs' impact

As the trade war between China and the US looms, Farmers for Free Trade released their second national TV advertisement last Sunday to raise President Donald Trump’s awareness of Chinese tariffs’ impact on US farmers. “Our farm and many others like ours will be one of the first casualties of a trade war,” Brent Bible, a soybean farmer from Indiana, said in the advertisement.
China’s Ministry of Finance announced the imposition of new tariffs on 128 imports from the United States, starting Monday. The import duties on $3 billion worth of US products is deemed retaliation in response to new US tariffs on steel and aluminum that took effect a week ago.
By ruling out tariff concessions on US products such as pork and fruits, China’s action has mobilized the US agricultural industry. “Retaliation that reduces demand and prices for our crops will further harm farmers and rural communities that depend on exports,” said American Soybean Association President John Heisdorffer.
Farmers for Free Trade is a bipartisan, non-profit campaign to rebuild support at the grassroots level for trade policies that benefit American agriculture. The message to President Trump will run for the next two weeks on cable news channels including Fox, CNN, and MSNBC. 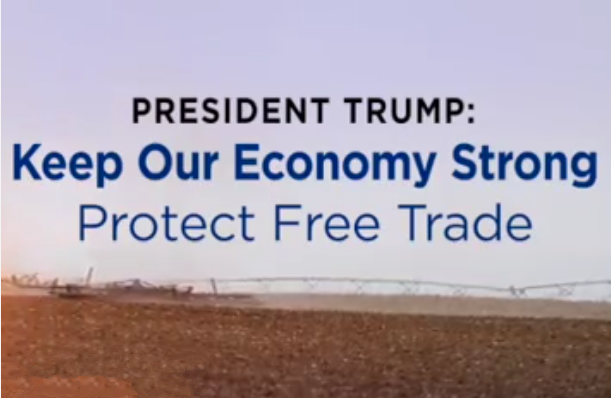