The dramatic footage of flame shooting out of a tank truck in northern China emerged in China’s social media.

The horrific moment was captured by a dash camera following a road accident Sunday morning. A truck carrying liquefied petroleum gas flipped over on the expressway and bursted into flame shortly.

The fire also hit three other vehicles which happened to pass by the scene and left at least nine people injured, including two on the tanker. As of press time, traffic authorities in north China’s Hebei province said the wounded has been hospitalized and firefighting operation is still underway. 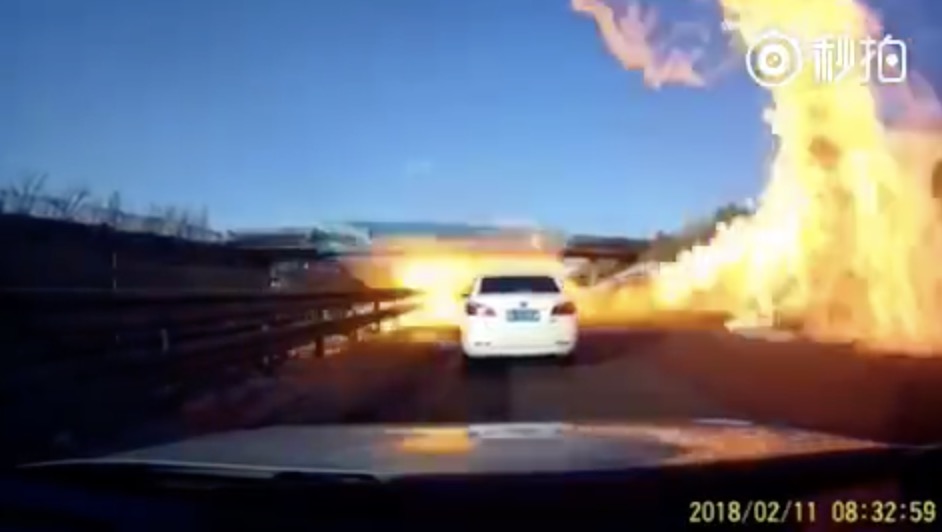