Video | How people in S. Korea think about #Metoo movement?

The #Metoo movement has swept through South Korea, where several celebrities in politics and entertainment have been accused of sexual assault. Under the influence of the movement, a number of males are refusing to engage with their female colleagues. Will this kind of behavior cause secondary damage to females?

Click the video to see what people think about the #Metoo movement in Seoul. 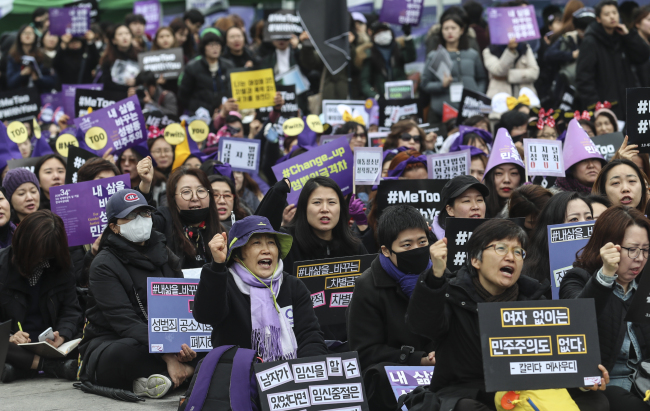 Participants at the 34th Korean Women's Conference shout slogans while holding up signs in the streets in downtown Seoul on Sunday. (Photo: Yonhap)