HEADLINE Video: 'I can speak Chinese after six months'

Video: 'I can speak Chinese after six months' 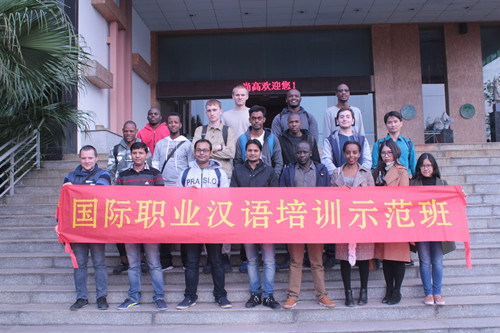 The graduation ceremony of the International Vocational Chinese program for Belt and Road countries will be held on Saturday in Guangzhou, the capital city of South China's Guangdong Province.

A total of 56 students from Chinese-run enterprises from 32 countries attended the six-month training, which is also the first vocational Chinese training for employees from Belt and Road countries.

Habid Yasin is from Ethiopia and works for the African branch of China’s Midea company. He is able to have simple Chinese conversations. He also gave himself a Chinese name—Wang Haibin. 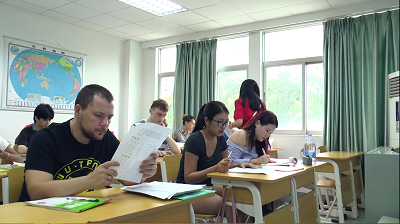 The vocational Chinese training is not meant to make its trainees know everything about China, but conducts targeted and personalized Mandarin courses for students, combining their work and company, according to the trainers.

Midea company said that it hopes its foreign staff from the Belt and Road countries could be able to use key words such as “rate,” “contract,” “product type,” among others, in their daily communication at work after the training.

The Huajian company, one of the largest producers of women’s shoes in China, has a factory of more than 6,000 employees in Ethiopia. The factory now requires 600 managers to understand Chinese and around 5,000 managers who are good at Chinese are also needed in its under-construction light industrial park.

An increasing number of Chinese-funded enterprises require overseas talent are able to speak Chinese. However, the traditional Chinese courses fail to match the current demand of the overseas market and it usually takes 3 to 5 years to train a bilingual talent, which has seriously hindered the development of these enterprises.

The Sun Yat-Sen University sponsored the first vocational Chinese training and has created a scientific and practical training mechanism. 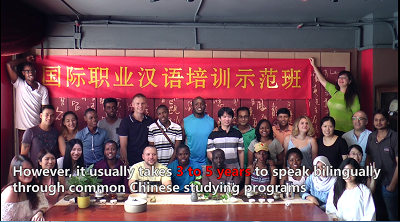