Video: Indian man hit by train while posing for selfie

The 21-second-long self-filmed video has notched up tens of thousands of hits online after showing a man who was hit by a train while dangerously posing for a perfect selfie in South Indian city of Hyderabad on January 21. 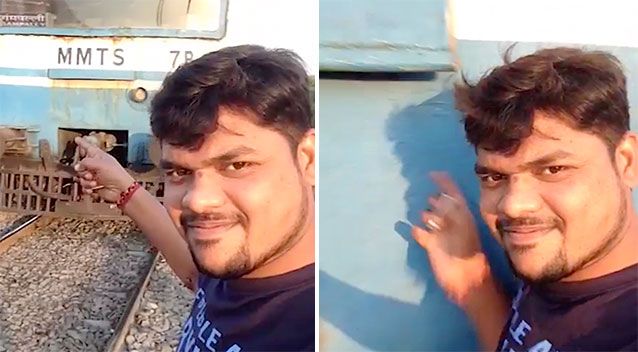 A voice can be heard in the background warning him that he is too close to the track. But Siva just says “wait” in response and gets ready to take the shot with a smiling face.