Eleven people were killed in northern Japan after fire broke out at a home for elderly people with financial difficulties, police said on Thursday.

Television footage showed the three-storey building engulfed in flames and dozens of firefighters battling the blaze in snowy conditions.

Pictures of the aftermath showed the blackened husk of the building, whose roof had apparently collapsed due to the fire. 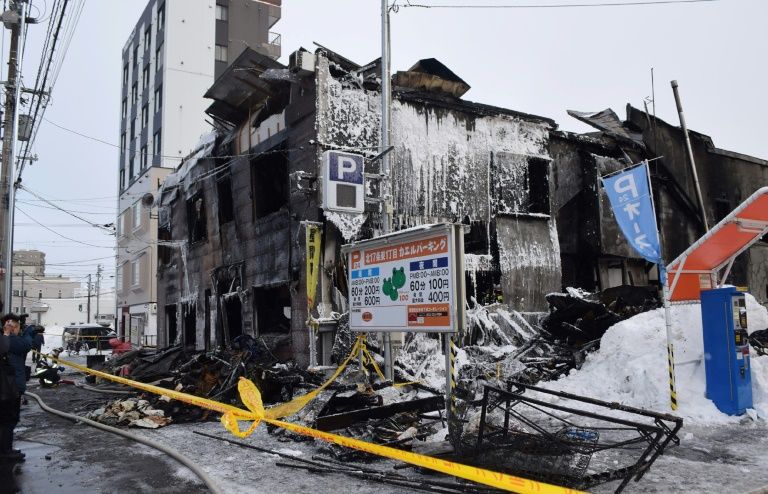 The burned-out residence for elderly people in Sapporo, northern Japan, as seen on February 1, 2018. (Photos: AFP)

The victims -- eight men and three women -- were among 16 residents of the facility in Sapporo, Hokkaido, run by a local organisation.

The other five residents escaped, a police spokesman told AFP, adding that authorities were investigating the victims' identities.

Kenji Kikai, a local police official, told AFP, "Of the five people who escaped, three people -- two men and one woman -- were rushed to hospital. The two men were slightly injured and the woman sustained moderate injuries.

"They are still hospitalised but the injuries are not life-threatening," added Kikai.

Police said they had launched a probe into the cause of the fire first alerted at 11:42 pm (1442 GMT) Wednesday via an emergency call.

The accommodation was originally a Japanese inn built around 50 years ago that was later turned into a welfare home. 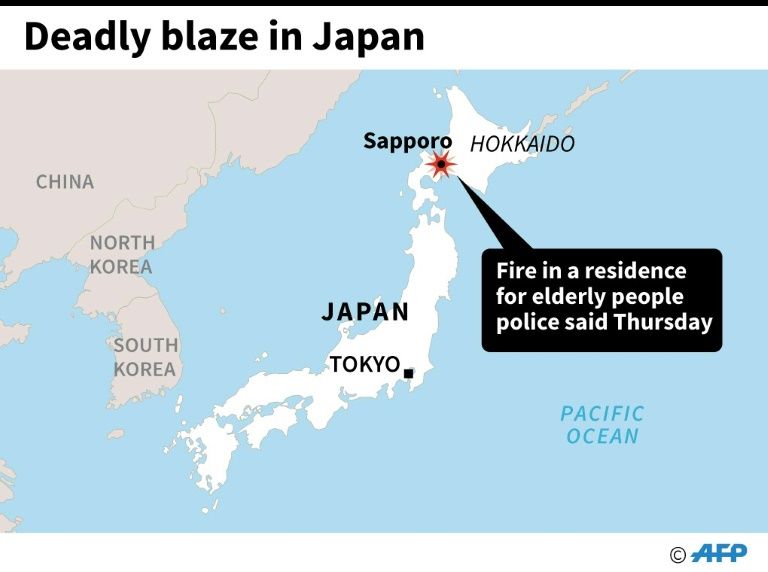 It is usually unstaffed overnight, according to local media.

As dawn broke, police and firefighters were combing the blackened remains of furniture in freezing temperatures.

"As there were many oil tanks (for kerosene stoves) there, I heard a number of small explosions," a 67-year-old woman in the neighbourhood told Jiji Press.

"Luckily, the only damage to our house was some cracks on the window," she was quoted as saying.

Another woman in the neighbourhood, 65, said when she spotted smoke and flames while she was watching the total lunar eclipse from the window of her house, Jiji Press said.

"The smoke and flames were rising vertically. If there had been wind, the damage would have been bigger," she told Jiji.

"The surrounding area was bright as if it were  day because of efforts to extinguish fire, and smoke lasted until near the dawn," she said.

Others saw ash falling like snow in the vicinity of the fire, local media reported.

"It was an awful fire. It spread so quickly and flames were billowing," said one woman neighbour, who did not wish to be named.

The fire sparked memories of a similar incident in Sapporo in 2010 when seven residents of a private nursing home for the elderly were killed in a pre-dawn fire.

Four women and three men aged in their 60s to their 80s died when the blaze swept through the two-storey wooden house.

In that case, all the residents were believed to suffer from dementia.