The earthquake occurred at 5:40 p.m. local time. As of press time, there were no reports of casualties or severe damages across the country, according to local authorities.

The US Geological Survey said the epicenter was 53 kilometers northeast of Pinotepa in southern Oaxaca state with a depth of 24 kilometers.

Panicked residents rushed into the streets fearing a repeat of deadly earthquakes which toppled buildings, including schools, and killed more than 300 people last September. 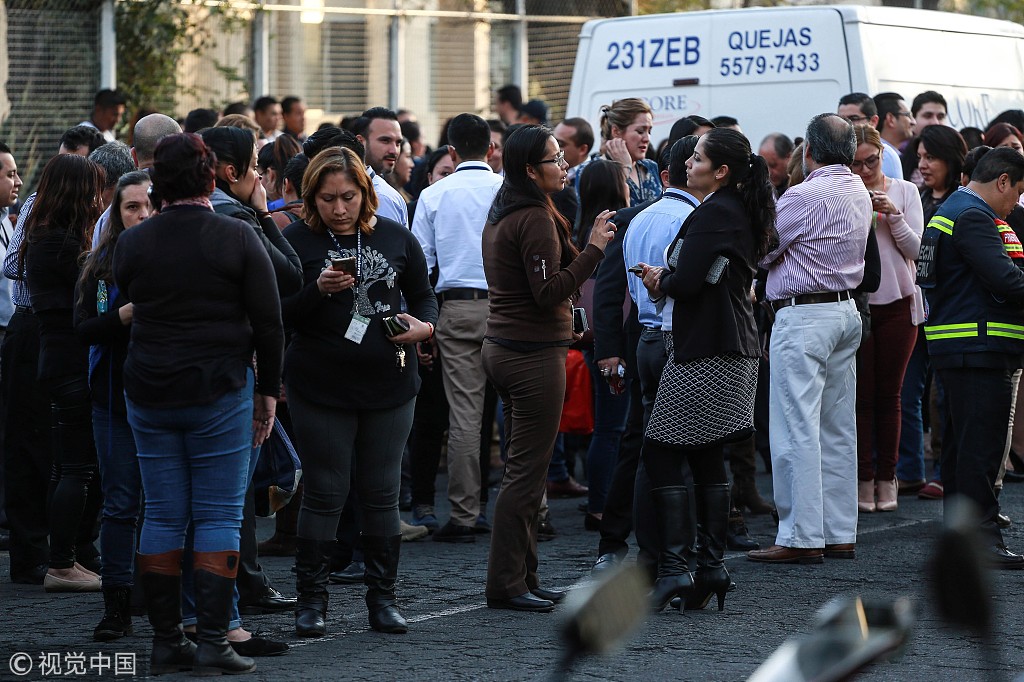 People are seen as they wait after the city hit by powerful earthquake with 7.5 magnitude in Mexico City, Mexico on February 17, 2018. (Photo: VCG)