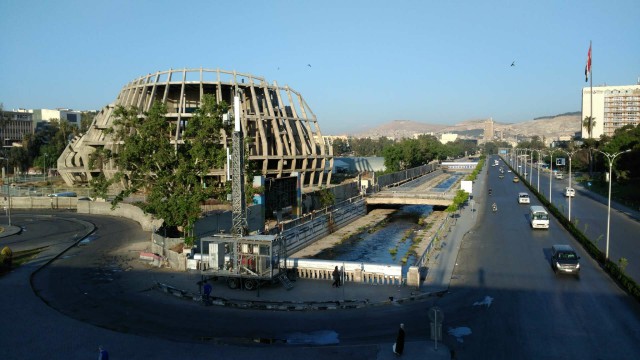 In this clip shot by a People's Daily reporter in Damascus, Maza Street, a main downtown road about 6 km away from a military installation that was attacked by US-led strikes, seems relatively quiet at 8 am, about 4 hours after the strike, on April 14.

Some parts of the region are blocked by local police. Some local youths have put the flag of Syria on their windows and cars to demonstrate their anger against the strikes and their will to defend their national sovereignty. 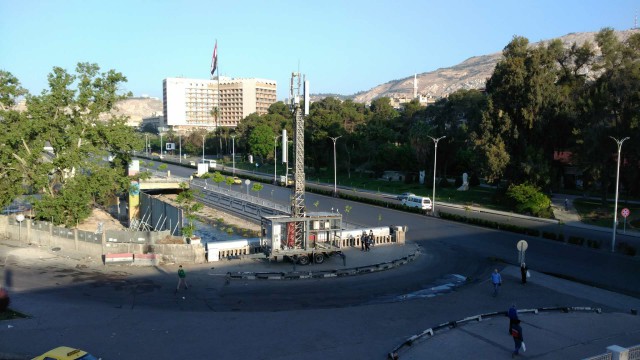 According to local media, the facilities attacked by the strikes include a Republican guard military compound at Qassioun mountain, a military facility 15km west of Hommes, Maza military airport, and Dumayer International Airport, 45km northeast of Damascus.