Video: Philippines' most active volcano shooting up lava and ash 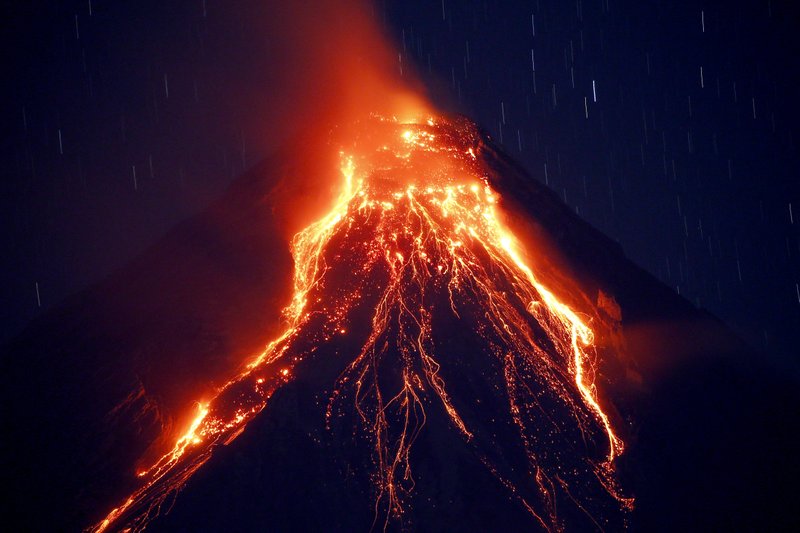 Lava cascades down the slopes of Mayon volcano during its eruption for the second straight day on Tuesday as seen from Legazpi city, Albay province, southeast of Manila, the Philippines. (Photo: AFP)

The most active volcano in the Philippines, Mayon, ejected a huge column of lava fragments, ash and smoke in another thunderous explosion at dawn Tuesday, sending thousands of villagers back to evacuation centers and prompting a warning that a violent eruption may be imminent.

Here is a time-lapse video of the lava and ash shooting up from the Philippines' most active volcano Mayon amid fears of an impending eruption.