The Guard of Honor of the Chinese People's Liberation Army on Monday morning began to conduct the stately ceremony of raising the national flag at Tian'anmen Square in Beijing, the first time since it took over the duty from an armed police unit.

At 7:32 a.m., bugles were sounded on the Tian'anmen Rostrum. Beneath it, 96 soldiers guarding a giant five-star red flag began marching toward the square.

More than 90,000 visitors braved the cold winter morning and gathered at Tian'anmen Square, having waited for hours just to be part of the ceremony, watching the national flag be hoisted in the heart of Beijing on the first day of 2018. 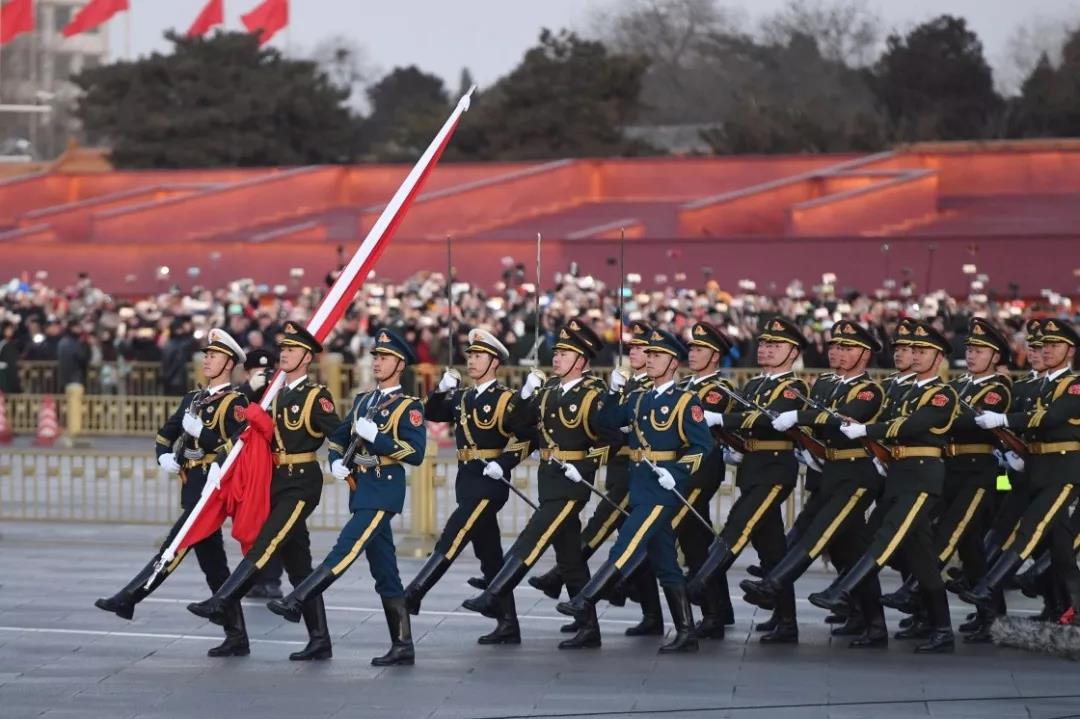 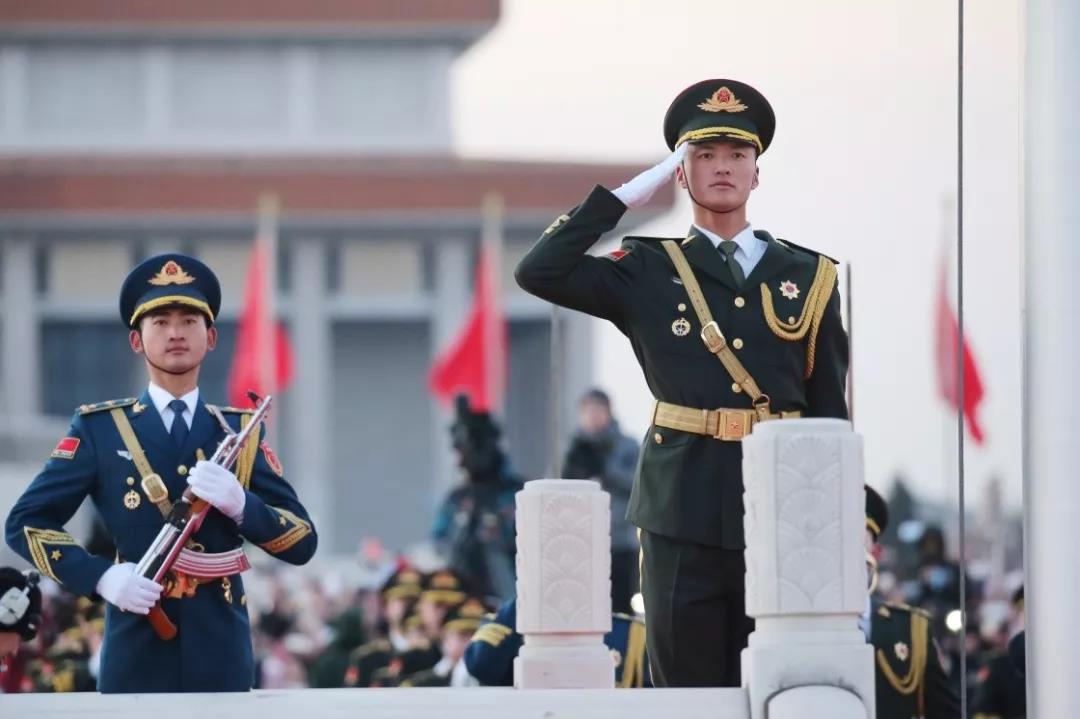 Photo via the official wechat account of People's Daily