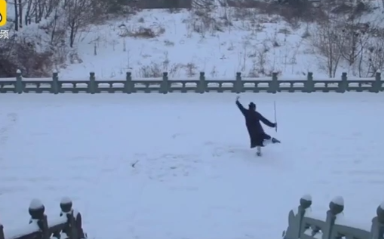 A one-minute video about a Taoist priest who performs a sword dance in heavy snow in the Wudang Mountain, a well-known Taoism mountain, in Shiyan, Hubei Province went viral recently. Hu Weizhe, the Taoist priest, said such practice is part of their daily lives, which also include practicing qigong and Tai Chi. As a post-80s generation person, Hu vows to help preserve the old temple together with his disciples and spread Taoist culture to the world.