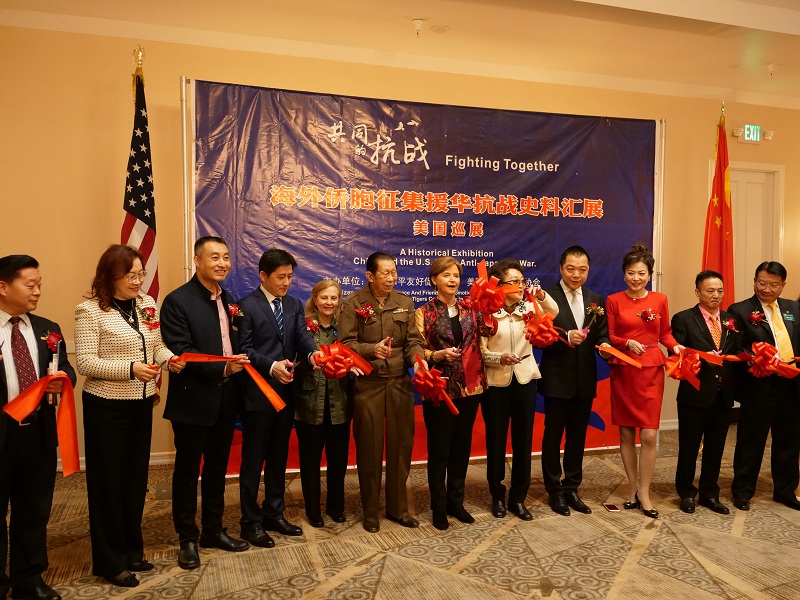 Los Angeles (People's Daily) - Hundreds from different provinces in China filled up the ballroom of the Proud Bird event center in Los Angeles on Saturday morning. The people gathered for the opening ceremony of the photo exhibition of the “Flying Tigers” – An American air unit that fought with the Chinese against the Imperial Japanese Army Air Force.

The exhibition which includes some never-before-seen photos taken during the war, will begin its tour in Los Angeles and travel to other American cities, according to event organizer Qiang Lu of the US-China Peace and Friendship Committee.

Flying Tigers was largely the creation of Lt. Gen. Claire Lee Chennault, a retired officer of the US Army Air Corps serving as a military aviation advisor in China. 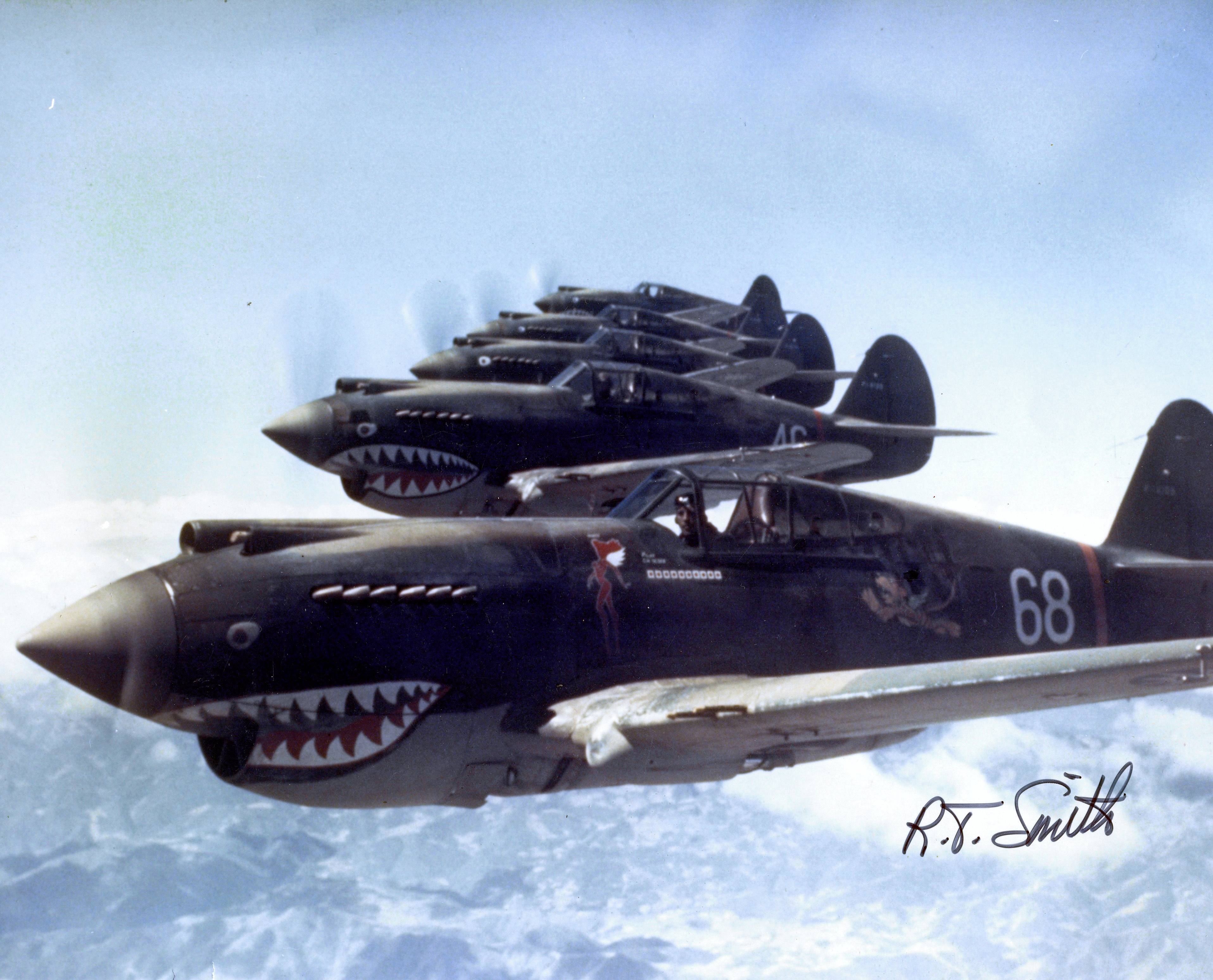 In 1941, with the nod from President Franklin D. Roosevelt, he began recruiting fighter pilots from various branches of the US military, including the US Army Air Corps, US Navy and US Marine Corps. The effort eventually grew to 3 squadrons, almost 60 aircrafts and 100 pilots.

The group became known as the Frist American Volunteer Group of the Chinese Air Force. Because of the victories and their tiger-like fighting spirit in combat, the Chinese people nicknamed commander Chennault’s fighters as the “Flying Tigers.”

Using innovating tactics, the “Flying Tigers” downed a total of 296 enemy aircrafts while only losing 14 pilots. The victories were considered very impressive and considered by many to had helped restored hope for allied forces at a low point during WWII.