Hundreds of middle and high school students from Maryland rallied in front of the White House on Wednesday to take a stand against gun violence and honor the 17 people killed at Marjory Stoneman Douglas High School in Florida last week.

Students demonstrated in Washington D.C. had their hands written with slogans reading “Don’t shoot” and held signs reading “Never Again”, “Protect Us”, and “How Many Is Enough”. Many students voiced the fear for their own safety in school and protested for stronger gun laws. 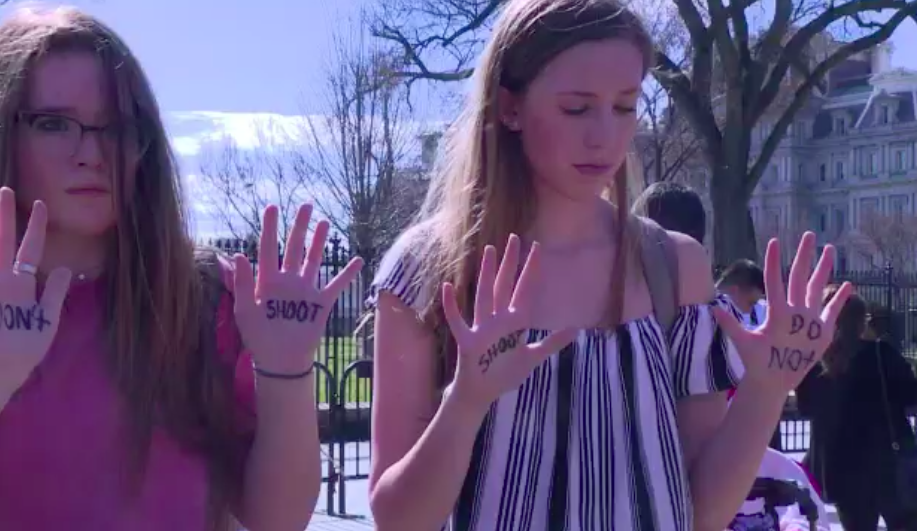 On the same day, a special “listening session” was held within the White House as US President Donald Trump met with survivors of the Florida gun rampage. Trump suggested to arm teachers to impede school shootings while students, parents and teachers demanding for action on gun control.

Apart from the rally in Washington, thousands of students walked out in Florida and across the country. A National School Walkout is scheduled on March 14, one month after the Florida shooting, and March of Our Lives on April 20, the anniversary of the Columbine High School massacre in Colorado.