The reform of China's supervisory system is aimed at enhancing the Party's unified leadership on anti-corruption campaigns and covering all state functionaries, a spokesperson for the national legislature's annual session said Sunday.

The reform is essential for China's reform of political institution, said Zhang Yesui, spokesperson for the first annual session of the 13th National People's Congress.

Supervisory commissions are an anti-graft institution of Chinese characteristics, while the draft supervision law, to be submitted for the third reading at the session, is an anti-graft law, he said.

It is of profound significance for establishing an authoritative, efficient supervisory system, and modernizing China's system and capacity for governance.

The 12th NPC Standing Committee had attentively studied and incorporated opinions and suggestions from various sectors, while the draft supervision law was through two readings and published to solicit public opinions, he added. 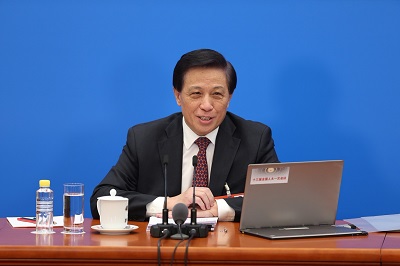