Video: Trump demands US foreign assistance money "only go to friends of America"

On Dec. 21, 2017, the UN General Assembly voted 128-9 with 35 abstentions to refute U.S. recognition of Jerusalem as the Israeli capital, revealing the isolation of Washington on the issue.
The vote came on the heels of Trump's announcement on Dec. 6 that he decided to recognize Jerusalem as the capital city of Israel, and to move the U.S. embassy from Tel Aviv to Jerusalem.

In his speech, Trump also lashed out at Iran, Cuba, Venezuela and the Democratic People's Republic of Korea, which he termed as "adversaries."
The president not only urged the Congress to address the "fundamental flaws" in the Iran nuclear deal, but also defended his so-called "maximum pressure" campaign against Pyongyang's nuclear development project in the speech. 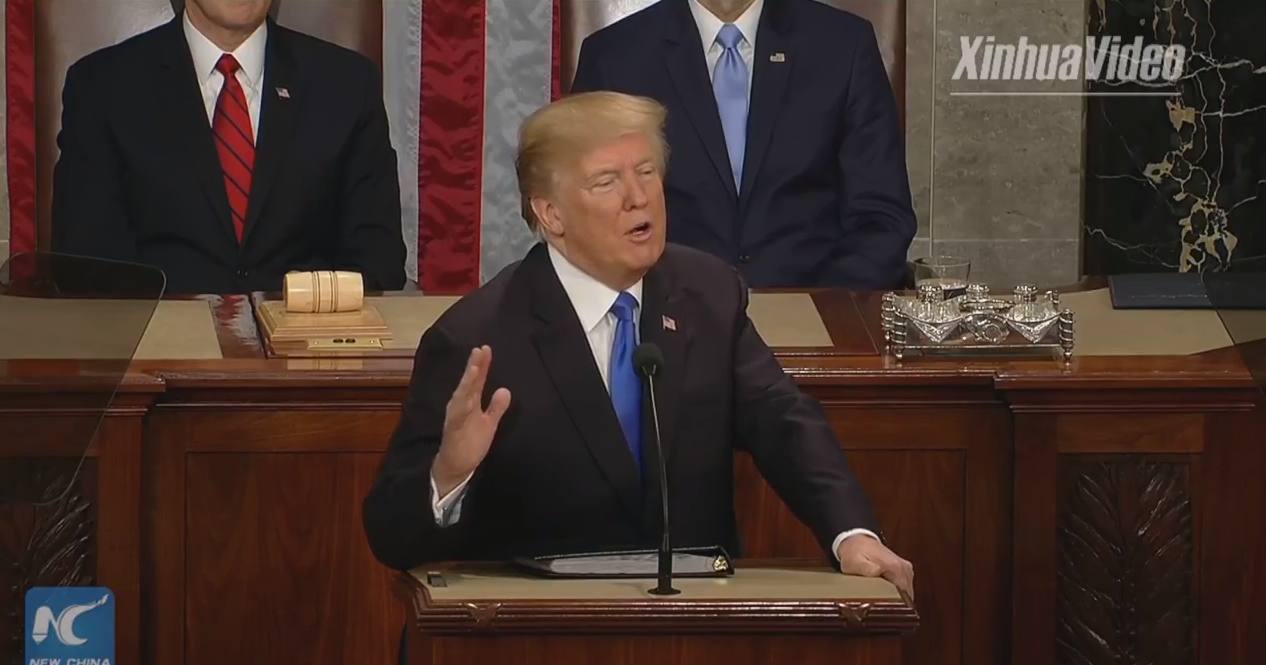