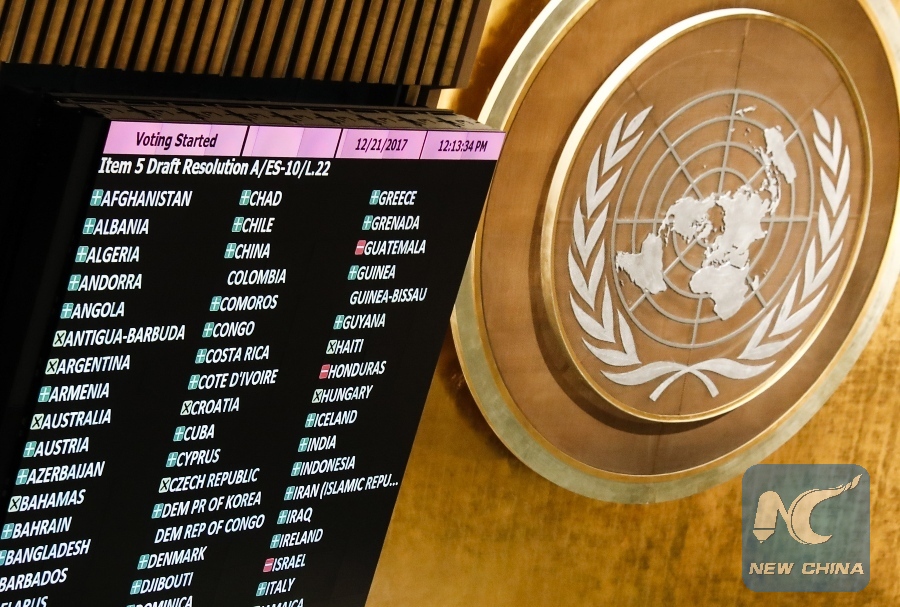 Photo taken on Dec. 21, 2017 shows the voting of a UN General Assembly resolution on the status of Jerusalem during a rare emergency special session at the UN headquarters in New York. (Photo: Xinhua)

The UN voted overwhelmingly against US President Donald Trump's decision to recognize Jerusalem as Israel's capital though facing threats from Trump and US Ambassador to the UN Nikki Haley.

Some 128 countries voted for the resolution, nine against and 35 countries abstained.

Before the vote, both Trump and Haley warned nations about the vote, with Trump saying "Let them vote against us. We'll save a lot. We don't care," and Haley saying, "This vote will be remembered." (Complied by Yang Chuchu)