A video captured on January 13 in Hechi City in Guangxi Zhuang Autonomous Region features a group of men standing on a 180-meter-high walkway attempts to smash the glass tiles on it  to prove the structure's strength, breathtakingly they jumped up and down on the shattered glass.

At 280m in length, the structure is the longest glass walkway in China and it is scheduled to open to the public on February 8. 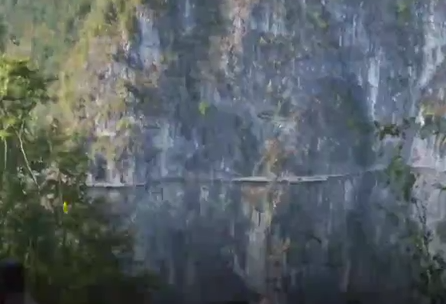 The picture shows the walkway is built on steep cliff.