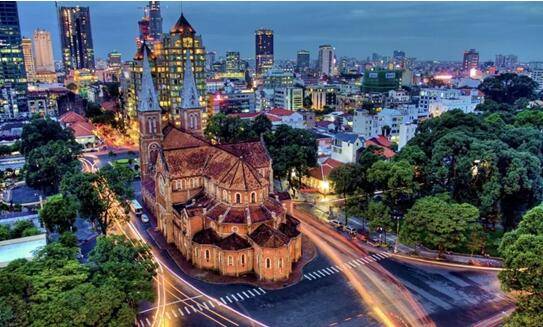 Hanoi (People’s Daily) - Vietnam posted an impressive growth rate of 7.38 percent in the first quarter of 2018, the highest of all ASEAN countries, according to a report released by the Vietnam Institute for Economic and Policy Research (VEPR) on April 10.

Processing and manufacturing continued to be a key driving force for the economy with an expansion of 13.56 percent, it noted, adding that industrial production output increased by 11.6 percent from a year earlier, much higher than the growth of the same period of recent years.

The report also noted that exports in the first three months were estimated at $54.31 billion, up 24.3 percent year on year. Up to $39.34 billion or 72.4 percent of the revenue came from FDI companies.

The report forecasts Vietnam will sustain this growth momentum in the next three quarters of this year at 6.51%, 6.84% and 6.75% respectively, and the growth rate for the whole year will reach 6.83%.

The Asian Development Bank (ADB) also expressed optimism over the country's economy. According to its "Asian Development Outlook 2018", published on April 11, Vietnam's 2018 growth rate will reach 7.1%. It says Vietnam will become one of the fastest growing economies in this region.