Vietnam, US pledge to boost ties

The Vietnamese and US presidents discussed here on Sunday measures to strengthen and expand the comprehensive partnership between the two countries. 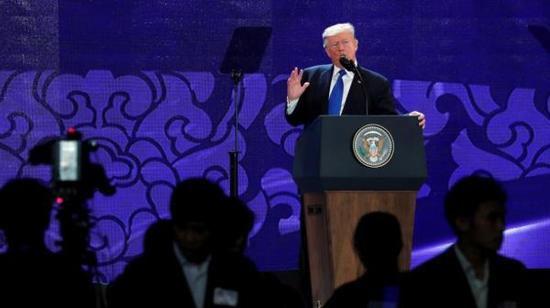 According to the joint statement between the two countries issued during US President Donald Trump's first state visit to Vietnam which concluded on Sunday, the two presidents reaffirmed their intent to continue high-level contacts and exchanges of delegations, and to strengthen existing dialogue mechanisms.

The two leaders pledged to deepen and expand the bilateral trade and investment relationship through formal mechanisms. They welcomed the announcement of more than 12 billion US dollars in new commercial agreements during Trump's visit.

They also welcomed expanding bilateral energy ties, including discussions between companies from both sides on Vietnam's import of liquefied natural gas from the US, as well as steps by Vietnam to enhance its capacity for solar power generation with the support of the United States.